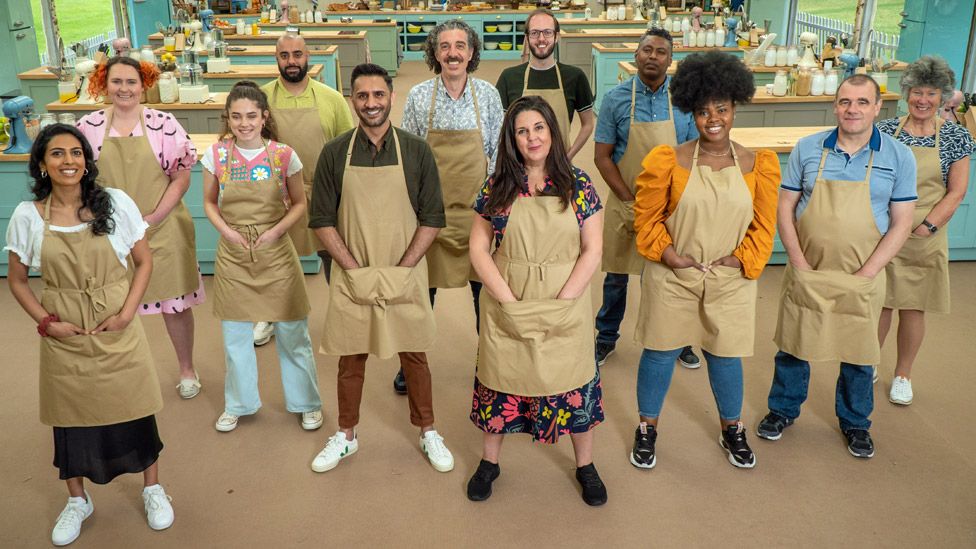 A police detective, a retired midwife, a psychology student and a software developer will be among the contestants on this year’s Great British Bake Off.

The show will return for its 12th series on 21 September. Once again, the 12 bakers have been filmed in a bubble because of the Covid pandemic.

Hollywood has said the standard of baking was “certainly the highest I’ve ever encountered” in the new series. 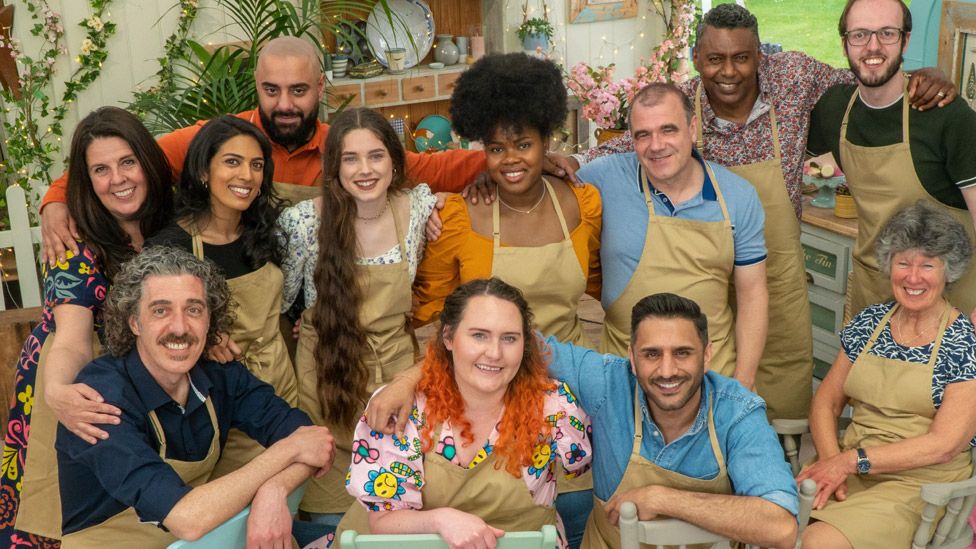 Amanda is a 56-year-old detective with the Metropolitan Police in London, whose baking is heavily influenced by her Greek-Cypriot heritage. She learned to bake as a child with her mum and auntie before studying graphic design and working in advertising, then moving to the police.Chigs only started baking seriously during lockdown in 2020, using online tutorials to learn complex bakes and chocolate work. The 40-year-old is a sales manager from Leicestershire.Crystelle started baking seriously three years ago, and the 26-year-old client relationship manager from London – who is a self-confessed “bit of a stresser” – likes experimenting with flavours and textures inspired by her Portuguese-Goan-Kenyan heritage.At 19, vegan psychology student Freya, from North Yorkshire, is the youngest baker in this year’s tent. She says she likes to be “unexpected” with her baking and is “a massive perfectionist”.George, 34, who is a shared lives co-ordinator from London, is another baker from a Greek-Cypriot family who “has a keen eye for detail” and says his strength is his “creative flair”.Italian-born, Bristol-based Giuseppe inherited his love for baking from his father, a professional chef. The 45-year-old is a chief engineer who brings a sense of precision too.

Jairzeno moved from Trinidad 15 years ago and is a head of finance in London. The 51-year-old says he obsesses over flavour combinations, particularly using Caribbean spices, and says “baking is like breathing” for him.German-born Jürgen moved to the UK 18 years ago and now lives in Sussex. The IT professional and amateur trombonist started baking when he couldn’t buy his beloved German bread.Lizzie is a 28-year-old car production operative from Liverpool who, according to Channel 4, “may look like she’s frantic and messy on the outside, but she is usually calm and collected within”.Retired nurse and midwife Maggie, from Dorset, is this year’s oldest baker at 70. As well as baking, she loves canoeing, kayaking, sailing and going on adventures in her campervan.Rochica turned to baking when she was left unable to dance due to an injury. Ominously, the 27-year-old junior HR business partner from Birmingham says her weakness is “getting flustered and everything going wrong”.Finally, Tom is a 28-year-old developer for his family software company in Kent, and says baking was “a welcome escape” during lockdown, especially when he couldn’t partake in his beloved amateur dramatics and singing.

Speaking ahead of this series, Hollywood criticised the “disgusting behaviour” of trolls who targeted some of last year’s contestants including finalist Laura Adlington.

The judge said he still gets upset by online abuse but has become used to it, whereas the amateur bakers are “raw, they’re new, they’re not used to this”.

He said: “I had to come out last year in support of Laura, because it was out of order.

“It had gone out of control, and it is so easy in lockdown when people have got nothing else to do, and all they’re going to do is bombard someone they’re not particularly happy with, and you can’t feed into people like that, you’ve got to be really careful – and so I had to say something. 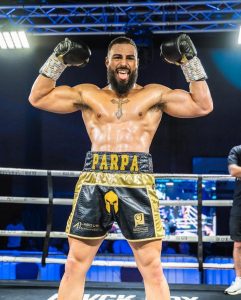 UK Cypriot Alessandro Georgiou has been chosen as the new Conservative group leader in Enfield.