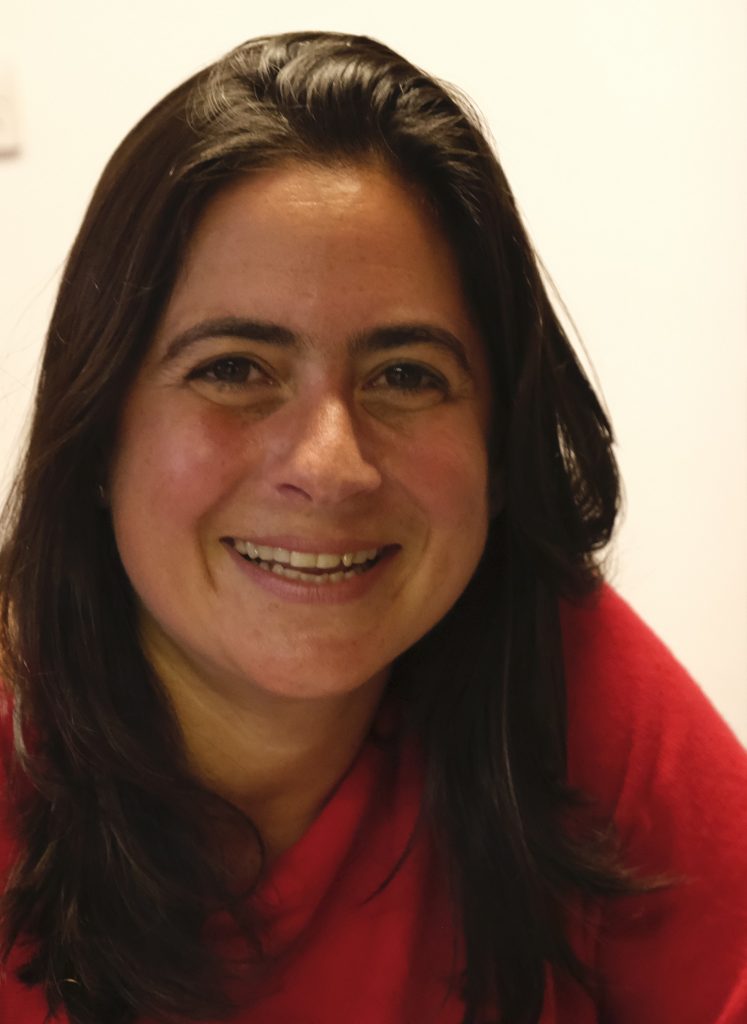 February 2022 saw the publication of Cally & Jimmy: Twins Together, the third book in a series for children about London-based siblings of Cypriot heritage. Cally has a twin brother Jimmy, and he is always getting into some kind of mischief – which usually means double trouble. Thankfully their Yiayia is on hand to help – or add to the mayhem!

Zoe’s own Cypriot roots have found their way into the stories of Cally & Jimmy (Calista and Dimitri) not only through the traditions and superstitions of Yiayia but also via all sorts of cross-cultural experiences and escapades. In the second book, Twintastic, they go on holiday to Cyprus and stay in Deftera, just outside Nicosia, where Zoe’s mother, Koula Louki is from. Her father Emilios Antoniades is from Pedoulas (Troodos). Both Zoe’s parents moved to England in the late 1950s and the books also show how second and third generation Cypriots live amongst a culturally and richly diverse West London community today.

Cally & Jimmy are a Book Trust Pick and have been described by their reviewers as ‘an entertaining collection… full of humour and heart’. The first book in the series, Twins in Trouble, has been shortlisted for the Our Best Book Award initiative run by Leicester Libraries, Schools and Council which promotes books which ‘motivate children to read for pleasure’ selecting books that ‘appeal and [are] accessible to as many readers as possible.’ Jimmy himself is a neurodivergent character as he has ADHD. His challenges and the way in which he rises above them are championed as well as his many strengths and talents.

The launch of the third book also coincides with a poignant anniversary for Zoe and her family this month. 22nd February 2022 marks 30 years since Zoe lost her brother Andrew. Not quite her twin, but just eleven months younger than her, Zoe sees the relationship between Cally and Jimmy as a tribute to her wonderful brother. Zoe says, ‘He wasn’t quite as ‘lively’ as Jimmy but he shares his amazing spirit, kindness, sense of humour and spark. Many of the stories are inspired by our experiences and the bond we had. Andrew was quite the entrepreneur too, just as Jimmy is in the story, Together in Enterprise. These books are just one of the many ways I like to keep him with us. Because he is always alive in our hearts.’

This February, Zoe ran a special campaign to celebrate the launch of her latest book Twins Together and also the memory of her brother Andrew, whilst supporting local schools and bookshops too. All proceeds went towards purchasing copies of the book to give to local schools: schools that she and Andrew attended; schools where Zoe has taught; schools that have welcomed Zoe in as an author; schools with the challenge of ever-decreasing budgets. You can still contribute to the GoFundMe campaign here https://gofund.me/154ce2b8

Zoe grew up and went to school in Twickenham and Chiswick and currently lives in Isleworth, Hounslow. She graduated from the University of Hull with a degree in English and Drama and later trained as a teacher at the Institute of Education. She often writes collaboratively with young people and has published four anthologies of short stories: Invincible Voices – Long Shorts, Medium Shorts and Short Shorts which were launched at Waterstones, Chiswick in 2017. The fourth book in the series, Invincible Voices – Winter Shorts, was published in September 2018. She has also written a memoir, Tea and Baklavas, which won the Winchester Writers’ Festival Memoir Prize, 2015.

Now signed with Andersen Press, she has written the series about twins, Cally & Jimmy. The first title, Twins in Trouble was released in September 2020 and the second book, Twintastic, launched in April 2021. Thirdly, Twins Together, saw its publication this month, 3rd February 2022.

There are four hilarious stories in each book. In the first book, Twins in Trouble, they get into scrapes together, bake some ‘unusual’ cakes, almost ruin their school assembly and finally have a twintabulous tenth birthday party. The second book, Twintastic, sees the twins make a splash on their beach holiday in Cyprus, run into trouble on sports day, get spooked while trick or treating, and uncover a thief at school. There is plenty more pandemonium in the third book, Twins Together, as they look after the school hamster for half term, have a competition to build the best snowman, raise money with a yard sale, and have a rollercoaster of a time at the local theme park. The stories appeal to all primary school children, especially those aged 6-10 years.

During lockdown Zoe was very busy providing author talks online and is now also keenly active about getting back into schools (including Greek schools) and appearing at libraries, bookshops, festivals and events nationwide and even in Cyprus. 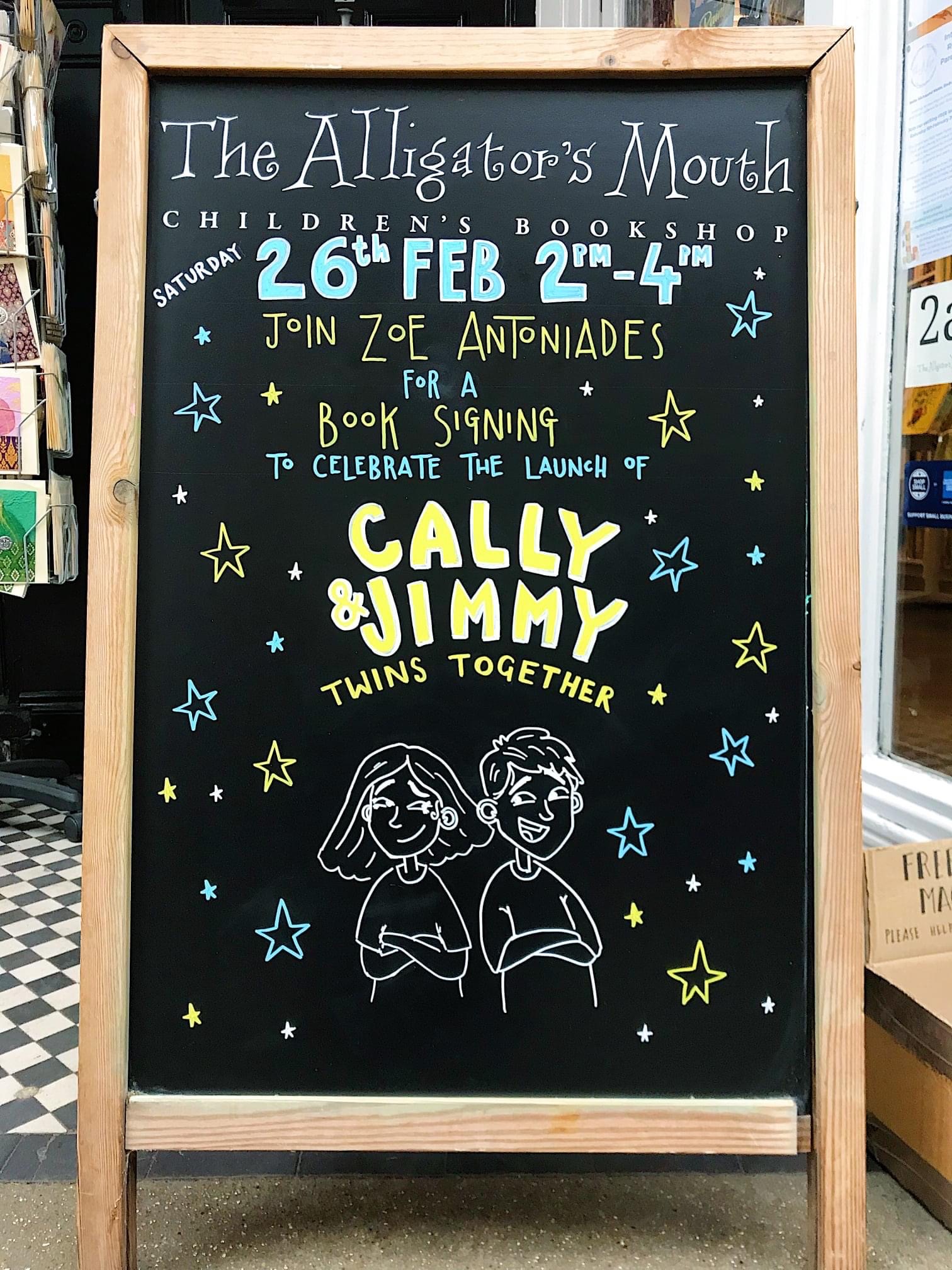 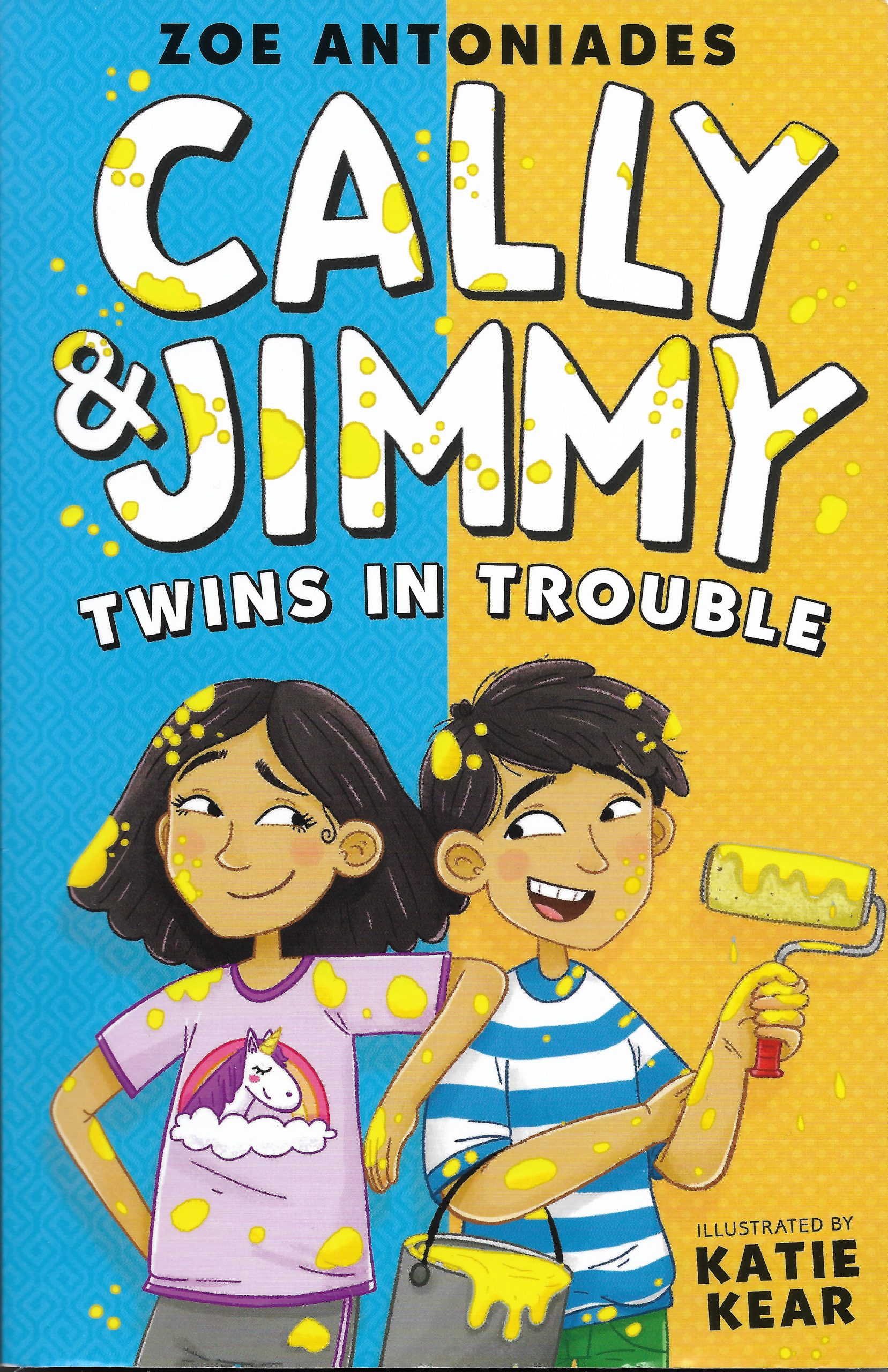 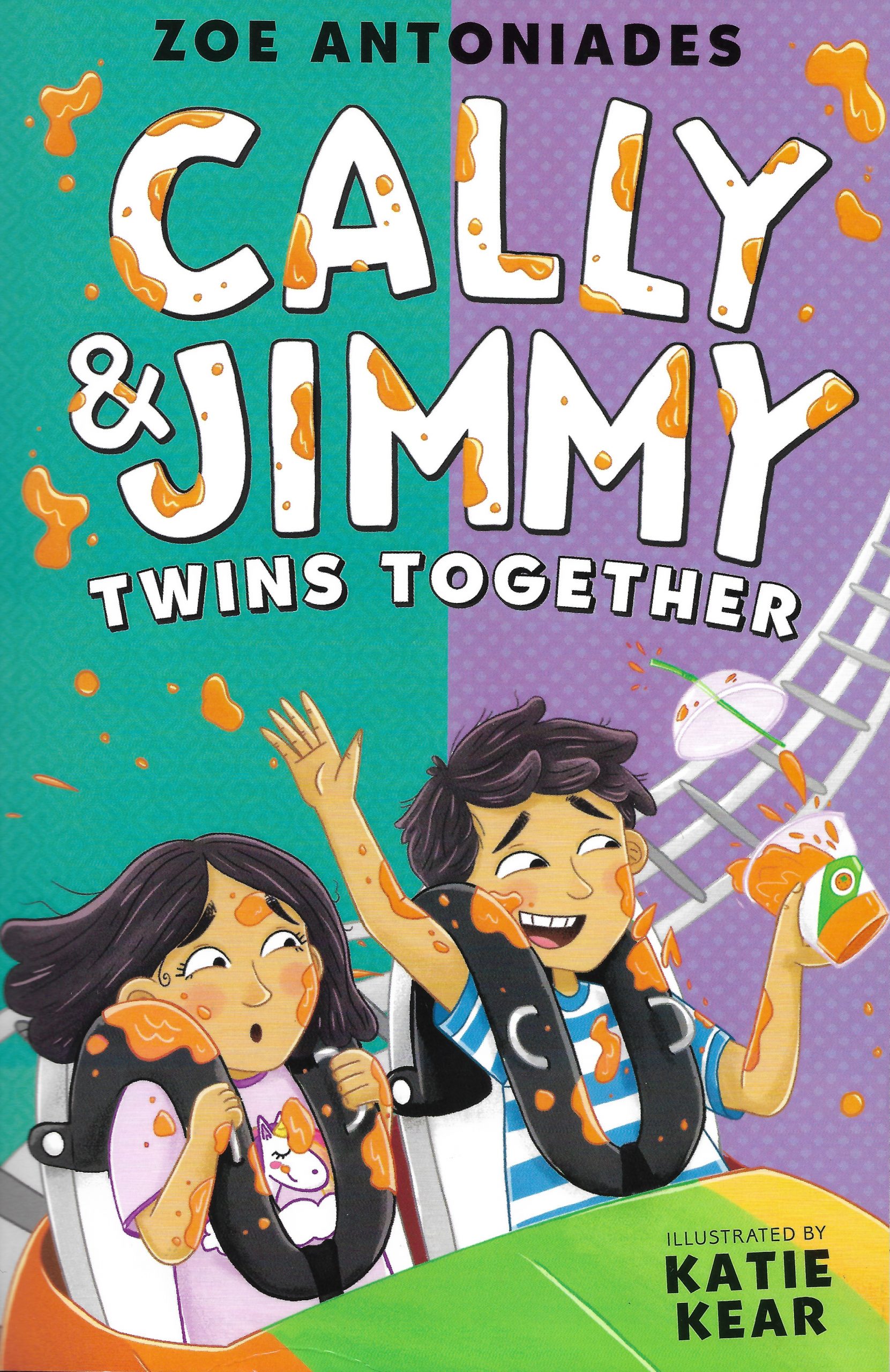 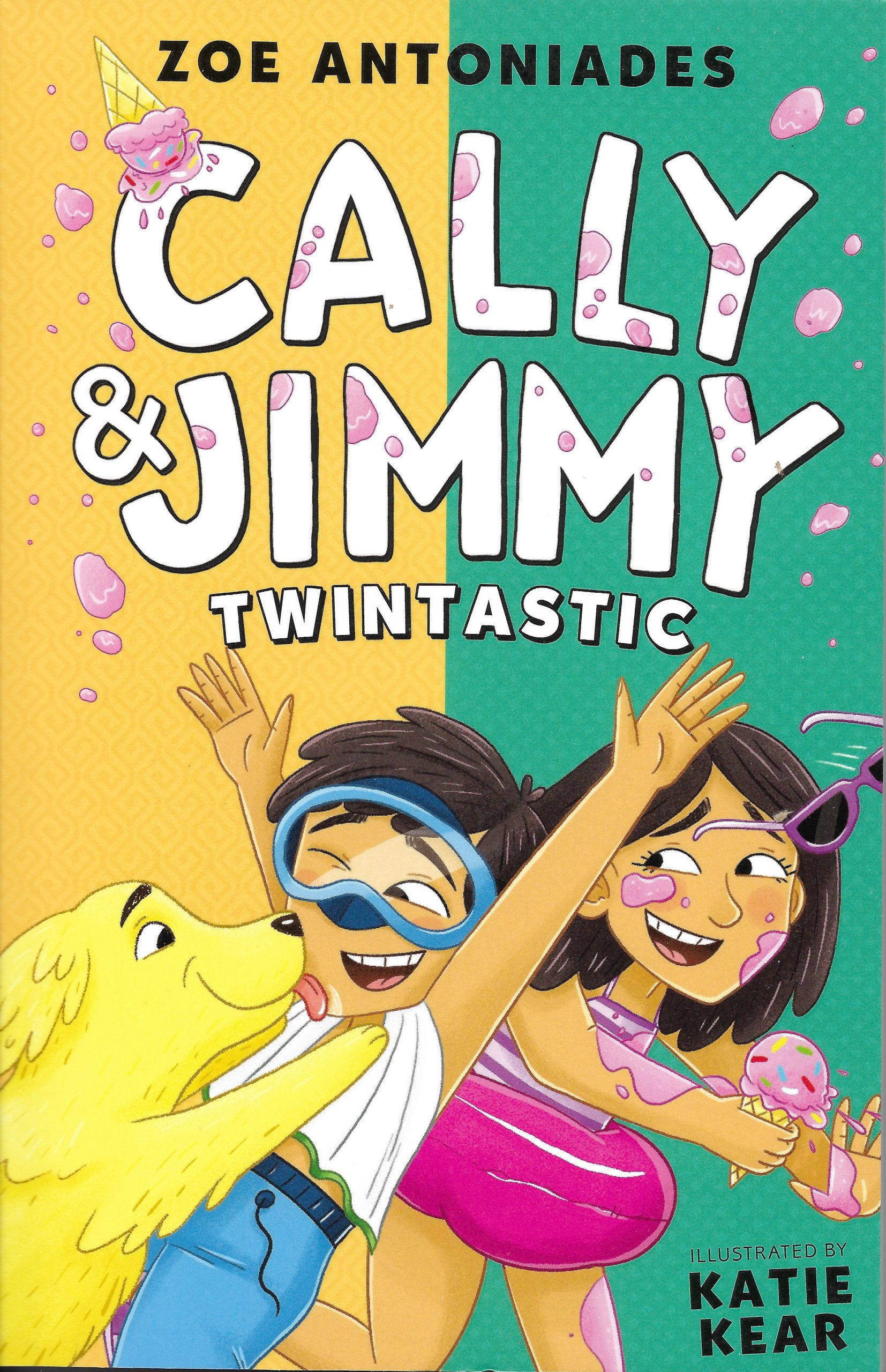 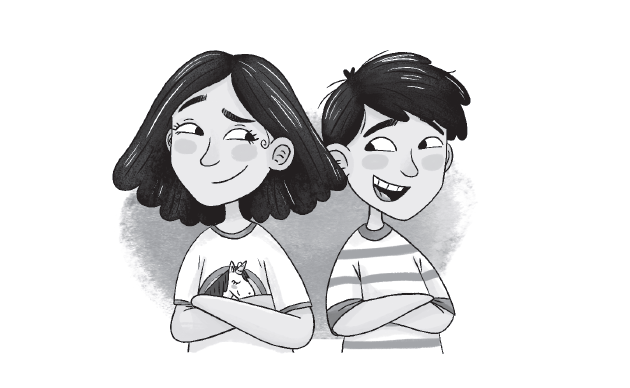 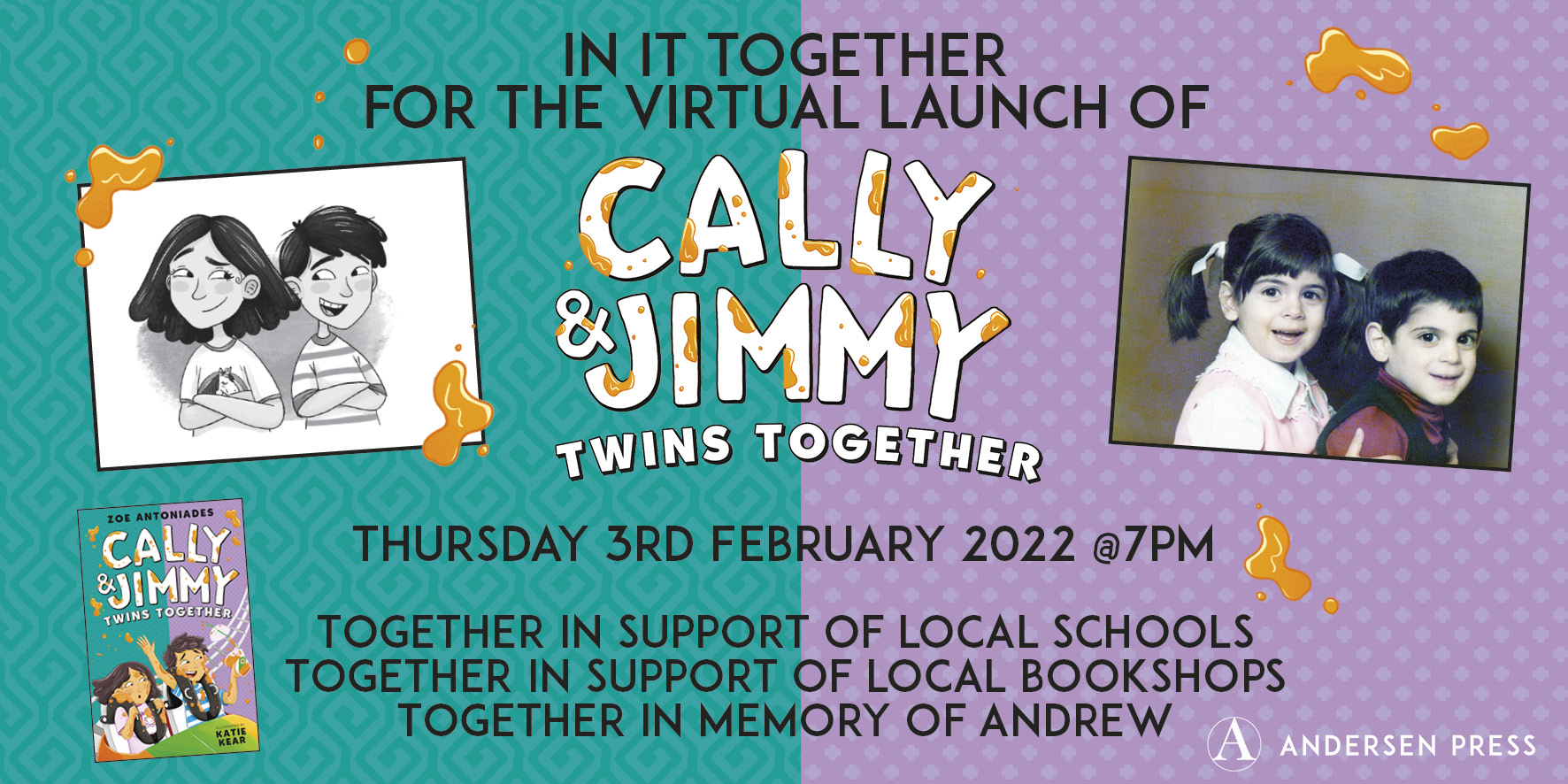 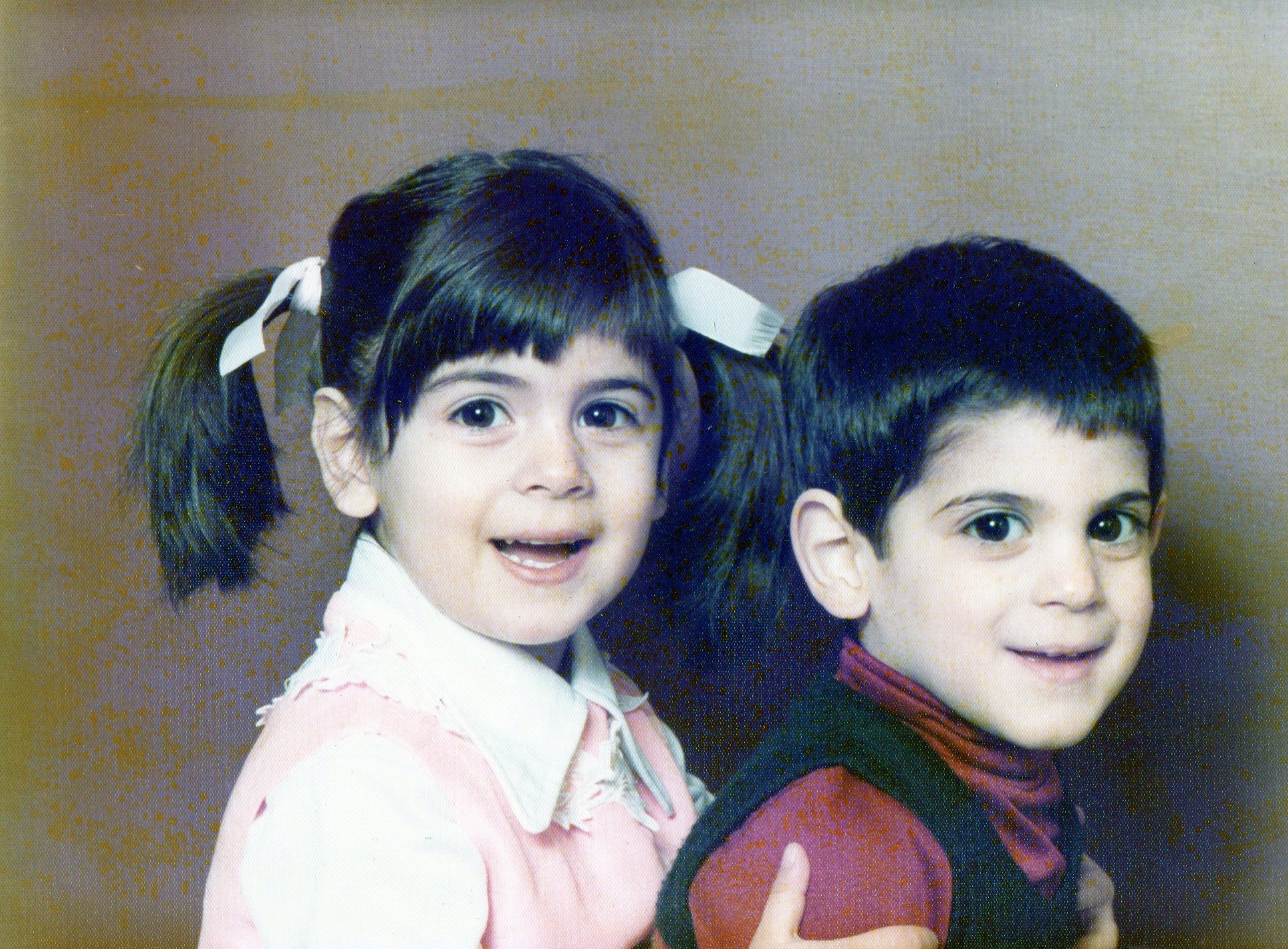 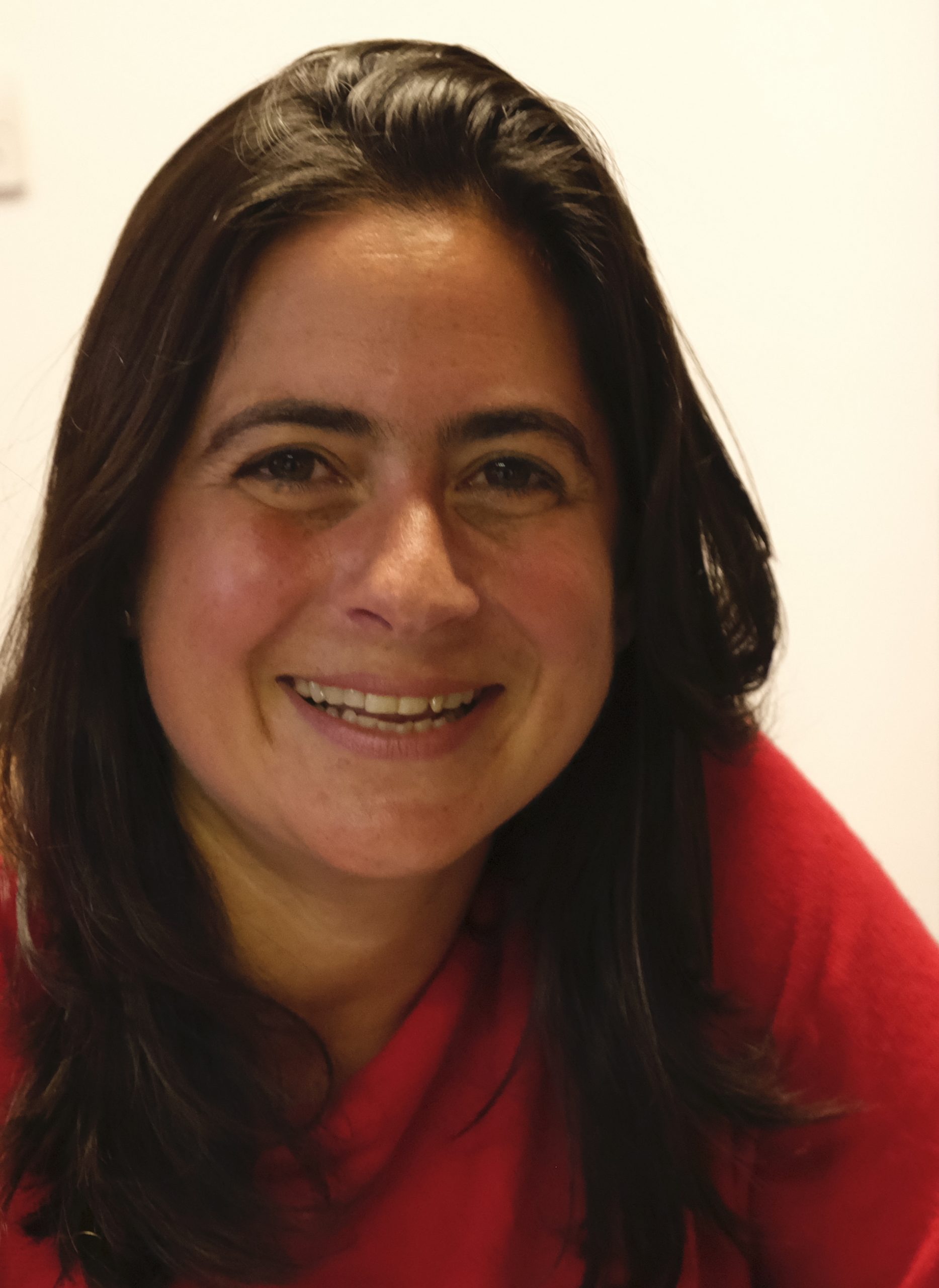 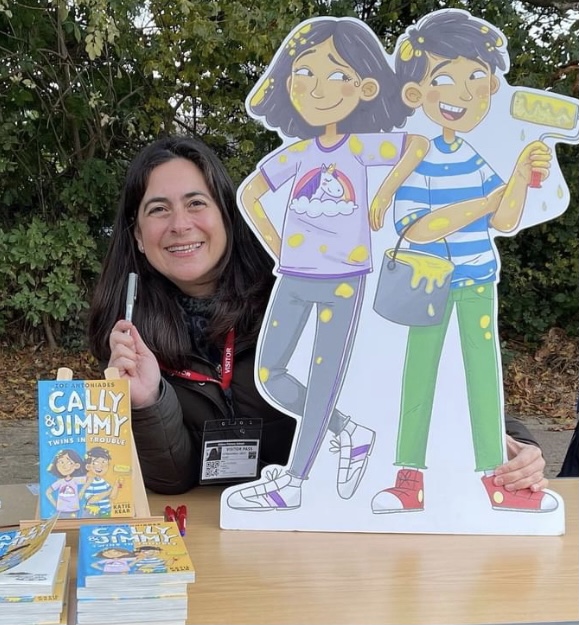