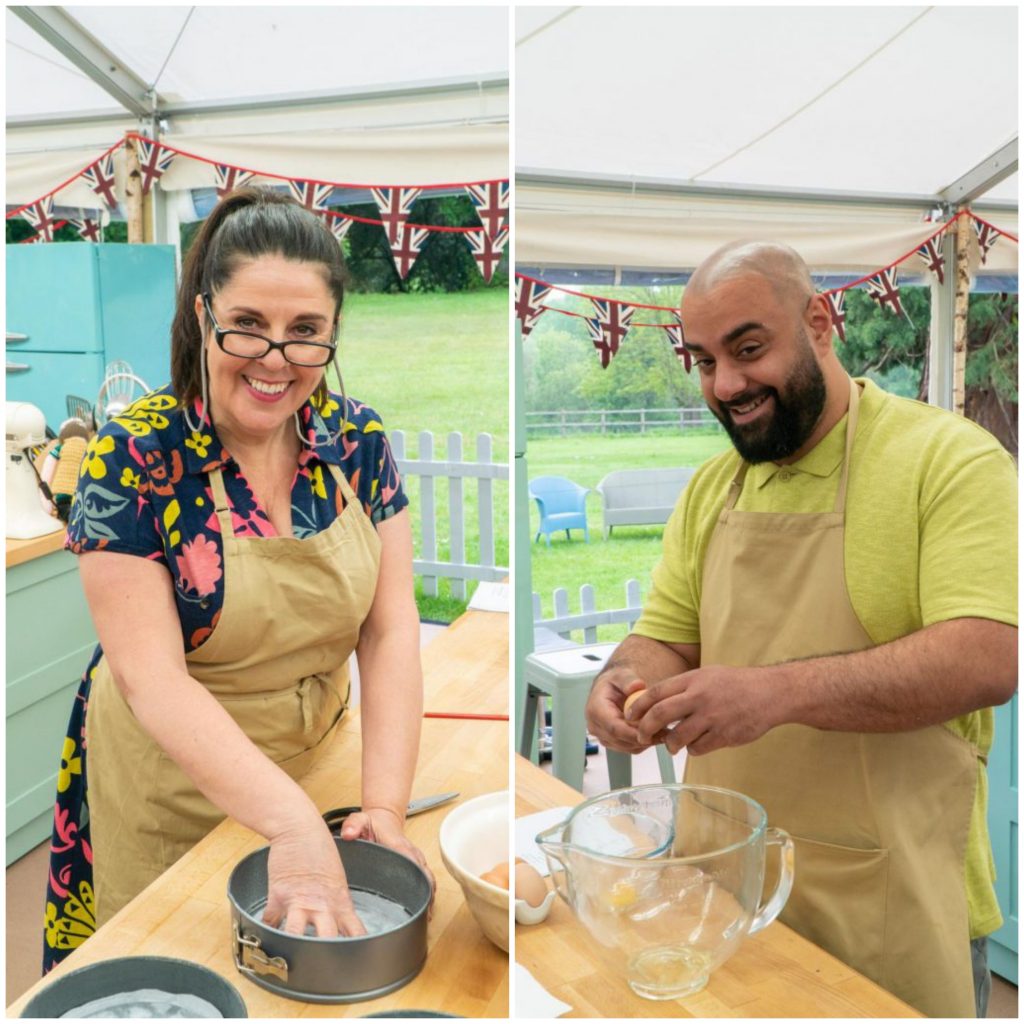 The Great British Bake-Off Series 12 Bakers includes two UK Cypriots The show will return for its 12th series on 21 September. Once again, the 12 bakers have been filmed in a bubble because of the Covid pandemic. 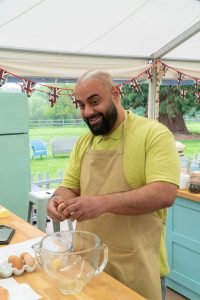 UK Cypriot Londoner George a Shared Lives Co-ordinator is the son of Athos a committee member of New Salamis football club and Spyroulla who are from Limassol and Famagusta respectively. He grew up in a close-knit Greek-Cypriot family one brother and sister where food was always a big part of family life he attended Aylward school in Enfield. Now married to his childhood sweetheart, he has three children and a house full of animals, including a dancing Japanese Spitz, called Eli. His mum taught him to bake (a legacy he’s now passing on to his own children), and he loves all the Cypriot Greek classics. His flavours have been influenced by his Cypriot heritage and culture and he favours Mastixi and Cinnamon he grew up and taking an interest when he was about ten years old in watching the family cooking and tasting, commenting and complementing each others various foods at his Grandparents house.
When he visits his parents birthplace in Cyprus he adores visiting all the different bakeries there and tasting their products.
He has a keen eye for detail, looking for perfection in the finished presentation. When George isn’t baking, gardening or looking after his miniature zoo, he will be in the great outdoors with his family, on bike rides and walks.

*Did you ever dream that you would actually get into the Bake Off tent, and what was your reaction when you got the call confirming your place?
I never thought for a second that I would even get a call back, let alone get into the tent as one of the final 12. I remember getting the call so clearly, I had to ask again if I had heard right. I was shocked and still am!

*How have you coped during the various Lockdowns, has it helped your baking improve?
Lockdowns were a bit of a depressing time, baking really gave me the time and space to forget about what was going on in the world for a little while and do what I love. My baking improved a lot.

*Is there a baker from previous series who inspired you to apply for Bake Off, and why?
I really admire each and every one of the previous bakers. You don’t really know how much effort goes into planning your bakes and taking part until you actually do it. They have all been inspirational.

*If you were about to be marooned on a desert island, what utensil/gadget would you take with you?
Ice cream machine! Nothing better than some ice-cream on a beach.

*In the very first week of filming what special memories do you have of that time?
The feeling of being a bake off family was very special, not just amongst the bakers but the whole crew too. Everyone was so supportive it was just a nice atmosphere to be in.

*If you had to make a selfie biscuit of yourself, what would it look like and why?
If I had to be a selfie, I would be sat on a beach in Cyprus with me in the foreground holding a big ice-cream!

*As a baker what would you say are your strengths….and what are your weaknesses?
I think my creative flare is a strength, that and making biscuits. Weakness….making caramel!

*Can you describe your emotions when you walked into the tent on the first day, was it what you expected it to be?
To walk into the tent for the first time was a surreal experience, I was so excited and grateful to be there. It was more than what I expected. It’s a memory I will have and cherish forever.

*You are a Showstopper – what would you be and why?
I have no idea! 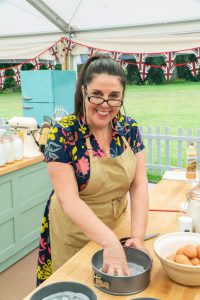 UK Cypriot Amanda, 56 is from London and is a Met Police Detective Raised in London with Greek-Cypriot heritage, Amanda studied graphic design at college and worked in advertising before moving to the Metropolitan Police to train as a detective. As a child she baked with her mum, and she learned specifically about Greek baking from her paternal auntie. Her style is generous and creative with Greek and Middle Eastern influences. She loves painting directly on to her cakes, often giving them a pretty, feminine aesthetic that’s inspired by her two daughters. Whatever the season, Amanda loves to start her day with an outdoor swim– the colder, the better!
*Did you ever dream that you would actually get into the Bake Off tent, and what was your reaction when you got the call confirming your place?
I always dreamt that I would apply to enter the tent when I retired from the police. When my father passed away last year I realised that there was no time like the present. I was doubly delighted when the production team called me to say that I am one of the final 12!!!! I have been on a euphoric high ever since.

*How have you coped during the various Lockdowns, has it helped your baking improve?
I realise that lockdown was a very difficult time for most, but for me, when I did have any time off work, it gave me the perfect excuse to stay in my kitchen with a huge tub of flour and my oven. I baked things I never imagined I could bake like a macaron?!??!?!

*Is there a baker from previous series who inspired you to apply for Bake Off, and why?
My inspiration to apply for GBBO came from just watching and being a fan of the show.

*In the very first week of filming what special memories do you have of that time?
I remember when Noel first came over to me for a ‘pop in chat’ and I had to poke him in the arm to check I wasn’t dreaming…

*If you had to make a selfie biscuit of yourself, what would it look like and why?
My selfie biscuit would be an animated version of me doing the thing I love, which is swimming outdoors. My skin would be shocking pink from the freezing water and the background would be a buttercream watercolour of the water with flower biscuits all around. The moon would still be in the sky because I like to swim very early…

*As a baker what would you say are your strengths….and what are your weaknesses?
I am a determined baker and if I enjoy baking something, I will bake it until it is almost perfect. Weaknesses are only temporary and not worth a mention!

*Can you describe your emotions when you walked into the tent on the first day, was it what you expected it to be?
Walking into the tent for the first time was a very surreal experience. It was just like one of my dreams which I still have. Last night I dreamt I was getting ready to bake a showstopper and sent Paul Hollywood to find me two 8” cake tins….

*You are a Showstopper – what would you be and why?
At this moment in time, having consumed way too much sugar and butter, I would be a croque en bouche of squidgy, jammy doughnuts. I dream of being a tall slim French baguette…