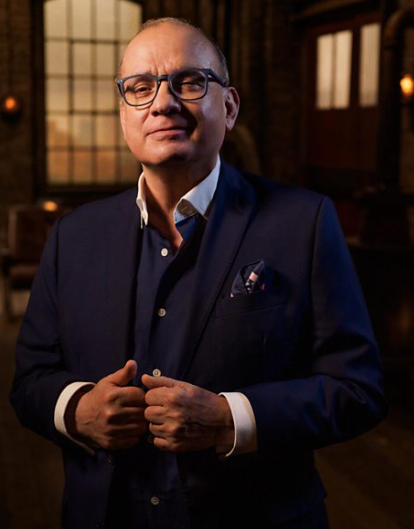 Suleyman was born in Famagusta on 4 August 1953, into a Turkish Cypriot family. In 1958, he moved to England with his family and settled in Bermondsey, South London. He arrived not speaking English and attended Peckham Manor secondary school. Suleyman helped out working at his family’s restaurant in Camberwell.

He credits his father for being his inspiration to start his own business.

Touker Suleyman has 40 years’ retail and manufacturing experience and is best known as the founder of quintessentially British menswear brand, Hawes & Curtis and the man credited with reinventing the seminal 90s womenswear label, Ghost.

After a false start in accountancy, Touker kicked off his retail career at the age of 18. He entered into a joint venture in a leather factory and soon after established a clothing manufacturer supplying to some of the biggest names of the British high street

Touker’s rise in the business world has not been without its challenge. In the 1980s auditors identified significant debt behind one of his business ventures and he had six weeks to find £2 million pounds. Unfortunately a potential investor pulling out at the last minute, forcing the business into liquidation, and he was forced to start again from nothing.

Touker went on to build a thriving international clothing manufacturer which still sits at the heart of his businesses and is now a serial entrepreneur, backing seven retail and commercial property businesses. Touker has a keen interest in supporting start-ups and invests in a number of small British companies.

In a recent interview, Steven Bartlett suggested that his Dragons’ Den co-star Deborah Meaden would be “a brilliant fit” to take over from Lord Sugar on The Apprentice.UK Cypriot Touker Thankfully for fans of this other entrepreneurial show, she’s going nowhere just yet.

In fact, Deborah is celebrating a special milestone with the Dragons alongside her fellow tycoons Bartlett, Peter Jones, Touker Suleyman and Sara Davies.

This new series is the show’s 20th and, in that time, around 1800 entrepreneurs have pitched their ideas to series’ 19 Dragons, while a wide array of animals including horses, dogs, pigs, chickens, guinea pigs and falcons have also entered the Den as well as an eclectic variety of vehicles including miniature cars, tuk-tuks, submarines and miniature tanks.

There have been 350 deals secured totalling a whopping £28,054,500, and 63-year-old Deborah explains why she thinks the show remains so popular after two decades.

“Dragons’ Den is one of those rare programmes where families across all the generations can sit, watch, debate and have a view on, from great grandchildren to great grandparents and everyone in between,” she says.

“It also lifts the lid on the many faces of business. Seeing different people, businesses and ideas inspires so many to think of going into business for themselves and in doing so literally changes lives.”

The 20th series begins with a pitch from a 27-year-old cancer survivor who has designed and made a stylish pill case with the aim of banishing the taboo of taking tablets in public.

Then, the Dragons attempt to get their heads around a sky high valuation, as two former high-school friends pitch a skincare range that targets men of colour.

Next, a theatrical agent-turned-entrepreneur attempts to capture the Dragons’ imagination with a top loading travel bag that claims to roll like no other, before a pair pitch their wellness business with a spiritual twist

While the budding entrepreneurs get the Dragons off their seats to strut a catwalk, will they sashay away with the cash?

Although the show is now 20 years old, Deborah believes the ideas on this year’s series are as strong as ever.

“This season is definitely a vintage one,” she says.

“So many creative, innovative and really well thought out ideas and of course all those brave and brilliant entrepreneurs bold enough to bring their business into the Den.

“Every year, I think ‘surely I must have seen just about everything now’ and then the lift doors open to reveal another cracking idea leaving me wondering why on earth nobody had thought of it before.”

With her years of experience, what tips does she have for anyone looking to start their own business?

“It can be pretty simple but it is rarely easy,” she explains.

“Having a great idea is the start but being able to deliver on that idea is what turns it into a business.

“It is also about timing – a great idea at the wrong time will fail.” 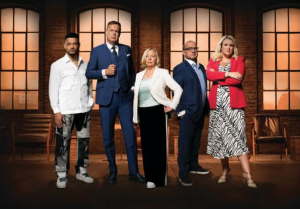