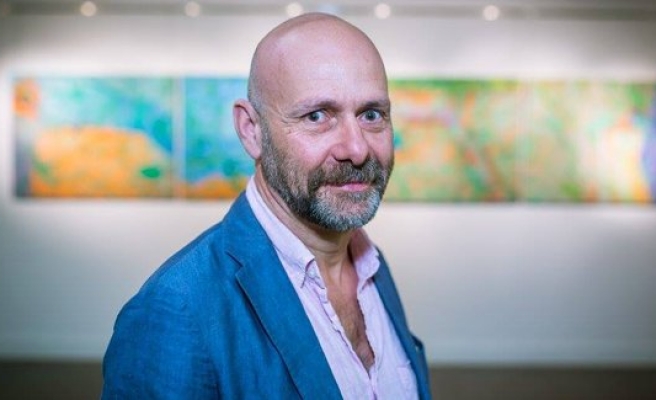 SUMER Erek returns to a meditative practice of black ink on white paper. After 50 years of practice working in multidisciplinary arts, this exhibition sees him distil his work to the fundamentals; working with the body and simple lines. Over this past year, he has created a body of work, which is tactile and rich in sensuality.

London-based renowned Turkish Cypriot artist Erek is a multidisciplinary conceptual artist with extensive experience in public art installation, creating large-scale works and participatory projects. He works in different fields of art such as painting, sculpture, photography, installation, video and performance. In 2008 he built a house from  60,000 pieces of scrapped newspapers in East London.

Erek held many solo exhibitions over the years, and also participated in many group exhibitions and projects in the UK and abroad.

Sumer Erek was born in 1959 in Limasol, Cyprus. Erek’s artistic career developed when he graduated from St. Martin’s School of Art in London in 1985. He then completed his MA in Theory and Practice of Transnational Art at Camberwell-University of the Arts, London, in 2008. Today, Erek is living in London and works in a variety of art mediums, including painting, sculpture, photography, installation, video and performance. He is a multi-disciplinary conceptual creator with broad experience in creating large-scale works, public art installations and participatory projects.

There are numerous factors that have led Erek to utilise recycled materials in his practise, thus impacting the environment. Two of the main factors are to reduce waste in local areas and raise awareness of our environment in a creative way, informing community members of environmental issues in figurative and literal ways. The context also influenced the use of recycled materials. In the modern world, the destruction of the environment is an international concern, evident in the work of worldwide forums such as the G20 Summit and global organisations such as Green Peace. Erek has therefore responded to this contextually specific concern, calling on contemporary society to better protect the environment by creating a house – a place for them to live, a society – out of recycled materials.A postmodern influence is also evident in the use of recycled materials, as the artist has reinvented the newspaper and given it a new function and purpose. Erek has reimagined the traditional use of newspapers as a source of information, instead using recycled newspapers as his material to create shelter and ultimately art, thus communicating a new message of environmental conservation. 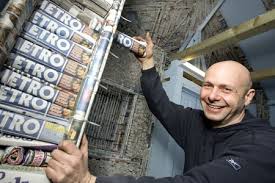 Erek working on ‘Newspaper House’ Instillation
Influences of Art Making
Erek has a number of influences when it comes to art making, ranging from environmental and communal. For example, in his work ‘Newspaper House’, Erek was influenced by a desire to decrease the amount of waste generated from newspapers around the city of London. It is clear his concern for environmental sustainability influenced the creation of this artwork. He was also influenced by an ambition to engage with his audience; members of society. So, he encouraged Londoner’s to donate their newspapers, rather than discard them on streets, and write their own thoughts and wishes on them. 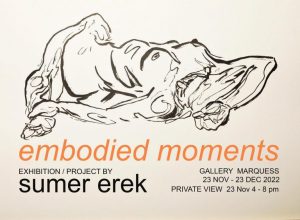