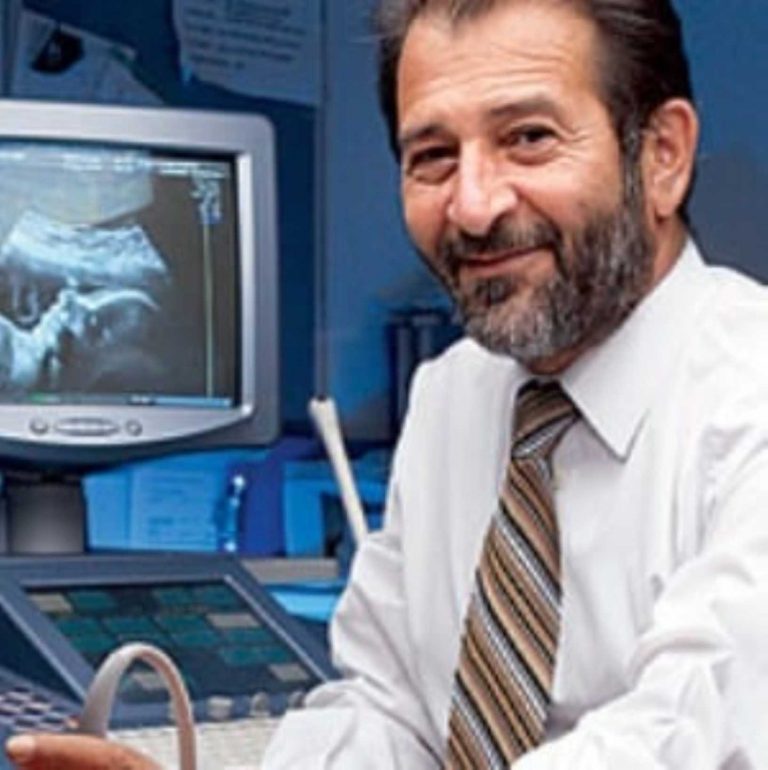 Eight distinguished figures of the Greek diaspora have been honored for excelling in their field and promoting Greece abroad at the third edition of the annual Argo Awards.

Held under the auspices of President Katerina Sakellaropoulou, the event took place at the Pireos anex of the Benaki Museum on Thursday.

Professor Nicolaides has received international recognition for his work improving the care of pregnant women worldwide with pioneering rigorous and creative approaches, and making seminal contributions to prenatal diagnosis and every major obstetrical disorder.
Born 9th April 1953 in Paphos, Cyprus, Kypros Herodotou Nicolaides studied medicine at King’s College London (qualifications include: 1974 – Biochemistry and Physiology BSc (1st class honours), King’s College, London University; 1978 – Medicine, MBBS, King’s College Hospital, London University; 1984 – Obstetrics and Gynaecology, MRCOG; 2014 – Obstetrics and Gynaecology, FRCOG), and then become Director of the Harris Birthright Research Centre for Foetal Medicine, the first foetal medicine unit in the UK.
Whilst there, he created a research and educational programme that saw King’s College Hospital become a global hub in the field of foetal medicine, with thousands of doctors visiting from across the world. He was recently elected to the US National Academy of Medicine, one of the highest honours in the fields of health and medicine.
Professor Nicolaides’ awards include:
1. Ian Donald Gold Award for Highest Contribution in Ultrasound, International Society Ultrasound in Obstetrics & Gynecology, 1999
2. Eric Saling Award for Highest Scientific Contribution in Perinatal Medicine, World Association of Perinatal Medicine, 2001
3. Excellence in Letters, Culture and Science, Government of Cyprus, 2004
4. Honorary Fellowship of the American Institute of Ultrasound in Medicine, USA 2004
5. Membership of the International Academy of Perinatal Medicine, Barcelona, Spain 2005.
6. Spinoza Chair, University of Amsterdam, The Netherlands 2010
7. European Maternity Prize for distinction in professional career and dedication to the field of Perinatal Medicine, European Association of Perinatal Medicine, 2014
8. Eardley Holland Gold Medal for outstanding contribution to the science, practice and/or teaching of Obstetrics and Gynaecology, Royal College of Obstetricians and Gynaecologists, 2015
9. Naguib Pasha Mahfouz Award, Cairo University, Egypt, 2018
10. Medal of exceptional services to the Republic of Cyprus, 2018
11. Member of the USA National Academy of Medicine in recognition for outstanding professional achievement and commitment to health and medicine, USA 2020
12. Honorary Doctorates in Medicine
• National and Kapodistrian University of Athens, Greece 2005
• University of Warsaw, Poland 2009
• University of Bucharest, Romania 2009
• University of Jinan, China 2010
• Palacky University of Olomouc, Czeck Republic 2011
• University of Ioannina, Greece 2012
• European University of Cyprus, Cyprus 2013
• University of Thessaly, Greece 2016
• Aristotelion University of Thessaloniki, Greece 2017
• Medical University of Preven, Bulgaria 2017
• University of Cyprus, Cyprus 2017
• University of Leuven, Belgium 2019
• University of Pao Paolo, Argentina 2019
Grand Cross of the Order of Makarios III, which is the highest order of merit awarded by Cyprus.
Scientific Activities:2021

• Developed (i) methods of screening and prevention of preperm birth and preeclampsia, which are the leading causes of perinatal death and handicap, (ii) methods of early screening for chromosomal and other abnormalities as well as spina bifida which are now used throughout the UK and many countries of the world, (iii) methods of fetal therapy including fetal blood transfusions for red cell isoimmunized pregnancies, pleuro-amniotic shunting for fetal pleural effusions, endoscopic laser separation of communicating placental vessels in monochorionic twins with severe twin transfusion syndrome or selective growth restriction and endoscopic placement of a balloon in the fetal trachea in fetuses with diaphragmatic hernia.
• Published 1,500 peer-review papers in Scientific Journals. His h-index is 175 (highest of all obstetricians and gynaecologists in the world) and his work has been cited more than 130 thousand times.
• Supervised 66 doctors to undertake research leading to postgraduate qualifications and has provided training in Fetal Medicine to 700 doctors from 50 countries.

1. Director of the Research Centre for Fetal Medicine, King’s College Hospital
This centre, which was opened in 1984 by Princess Diana, was the first Fetal Medicine Centre in Britain and is the biggest one in the world. More than 20,000 patients are examined each year and many of these patients are referred from other hospitals in Britain and other countries because of serious complications of pregnancy. In addition, more than 200 doctors from all over the world visit the centre to observe and receive training.

2. Founder and Chairman of the Fetal Medicine Foundation
This charity was set up in 1995. The main source of income is a private clinic which donates all its profits to the charity. The aims are to promote research and training in Fetal Medicine throughout the World. More than £45,000,000 have been donated to finance the training of many doctors from all over the world and to carry out major multicentre studies on screening and prevention of preterm delivery and preeclampsia, which are the leading causes of perinatal mortality. The Fetal Medicine Foundation also organises the yearly World Congress in Fetal Medicine, which is attended by more than 2,000 participants and has implemented a series of internet-based educational courses for doctors and patients which are available free of charge.

Below is a list of the winners in all eight categories:

Innovation Award: Anastasia Ailamaki, Professor of Computer Sciences at the Ecole Polytechnique Federale de Lausanne in Switzerland and the Director of the Data-Intensive Applications and Systems lab.