UK Cypriot Michael Georgiou is aiming to relaunch his snooker career after enduring months of strict lockdown conditions in Cyprus. 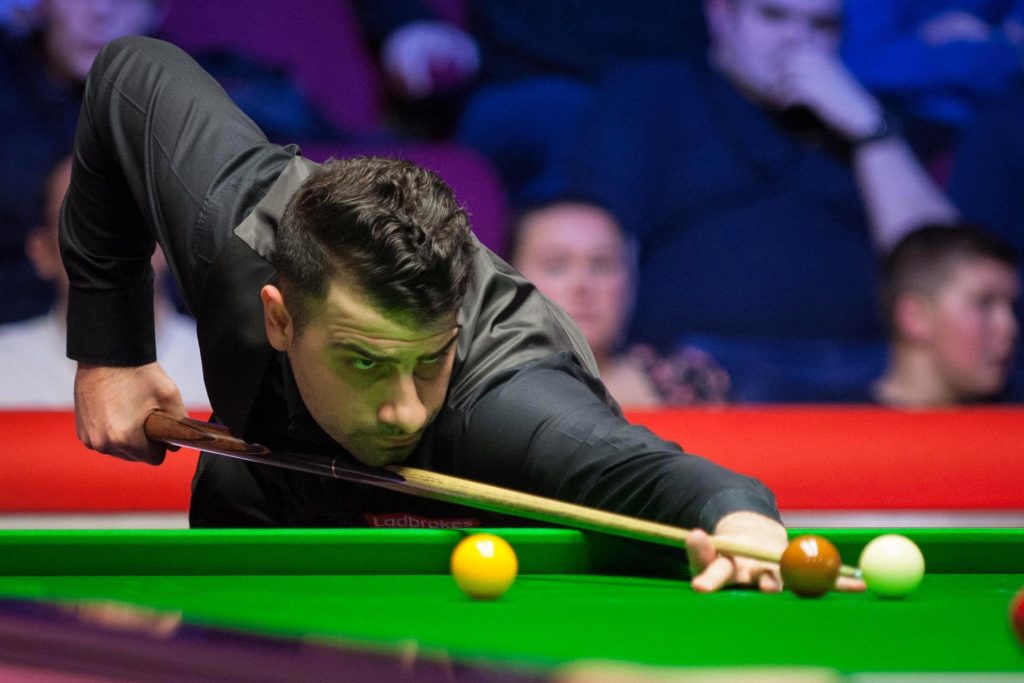 Michael Georgiou is aiming to relaunch his snooker career after enduring months of strict lockdown conditions in Cyprus.

The 2018 Shoot Out winner was relegated from the circuit in 2020 and has spent much of the last year living in Cyprus. He’s now returned to England and narrowly missed out on regaining his professional status at Q School, losing in the final round of event one. However, after finishing in second position on the top up list, he is in line to feature in many events during the upcoming season.

Georgiou was brought up in England, but his grandparents are from Gerani in Cyprus and he elected to change his nationality to Cypriot in 2017. At the time of falling off the tour he was living in Northern Ireland and took the decision to chase his dream of moving to Cyprus. Weeks after Georgiou’s arrival, the country was plunged into a strict lockdown due to the pandemic.

Michael, although you just missed out on professional status, how pleased are you to have secured a strong position on the top up list?

“Looking at the field after the tournament has finished, you only have one new professional from the entire process. Even looking at the top up list, the top ten are ex professionals. In terms of depth it was very tough and very demanding. Especially when you’ve had some time out of the sport. Everyone I lost against played extremely well and went on to qualify. I’m just pleased to be competing after a year out. I moved back to England in March and I only really had three weeks to prepare after sorting my table out. Considering all of that I wasn’t far off the required standard.

“I missed competing so much. I’ve done quite a lot in terms of career achievements, winning the Shoot Out and qualifying for the Crucible. More than I thought I could ever do. Moving to Cyprus was always something I wanted to try. I moved there to scratch that itch and now I am focussing 100% on snooker and I’m not getting distracted by other thoughts.”

What was the experience like moving to Cyprus and why did you decide to move out there?

“The goal was to and try to get snooker off the ground there, but Covid hit before I could think about any of that. Things didn’t go to plan. It wasn’t the best of times I had there. The lockdown restrictions were incredibly strict. There was a 9pm curfew and we were only allowed to leave the house twice a day. We had to send a text message to get approval to leave the home and it felt like I was under house arrest. It was compulsory to have a mask on at all times in public, even when outside.

“I was based in Ayia Napa, which you would expect to be a very lively place. It was like a ghost town. Every business was shut, all of the hotels were shut and there was hardly anyone around. There were just people trying to get by and make a living. When it is in a tourist area like that it is so difficult. I wanted to get coaching going and build up the numbers of the junior players out there, but you can’t do that in times like this. It was a very difficult time. I knew I had to move home.”

Given the year that you had, how good did it feel to be back competing again at Q School?

“I’m back home living with my mum now and I have a table at the house. Just being able to practise and prepare for a tournament felt normal again. Q School didn’t work out the way I wanted it to, but by finishing so high on the top up list I got the next best thing. Hopefully I can get back to doing what I like to do.

“I know snooker can be a frustrating game. You feel terrible after you lose a match, especially in a tournament like Q School. To be honest though, that emotion is something that I missed. Even though I was upset and angry at the games I didn’t win, those are emotions you need to go through. I had missed the good stuff and I had missed the bad stuff of participating in competitive sport.”

How excited are you now for the months ahead?

“I’m absolutely buzzing at the prospect of competing with professionals. I’ve had people on at me all year saying how I am too good not to be on the tour. I always responded stating that if I was then I wouldn’t be in this position. I know they mean well saying things like that, but results don’t lie. I have this chance now though, so I hope that I can do things differently, get my professional status back and not end up in this position again. When I finished my last professional season I wasn’t in a good place, now I am and enjoying my snooker and looking forward to every minute of it. I don’t know how many events I will get into, but I hope it will be a good amount.

“I’ve also got my World Snooker Coaching Badge, so I’m going to push that. I’ve got a few regulars now. I really enjoy teaching people. I find the reaction when they achieve something they didn’t think they could to be really gratifying.”

You plan to start a vlog at the events you are involved in this season. How did you decide that was something you wanted to do?

“I want to show what life is like on the tour. Nobody has really done it. I’ve been learning some basic video editing, so I have an idea how it all works. I’ll maybe think about investing in a drone if I win enough matches!

“I find dynamics of stringing together an entertaining and engaging video fascinating. I watch quite a few vloggers on YouTube and I love it. They are mainly travel vloggers in places like Thailand and Indonesia. Hopefully it will encourage me to get out of the hotel room and explore places in my free time a little bit more. I was saying a couple of months ago that I completely wasted those five years on tour. I’d been to China and all sorts of places and didn’t make the most of the opportunity. Doing something like this will ensure I make the most of it all.” 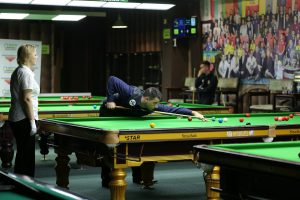 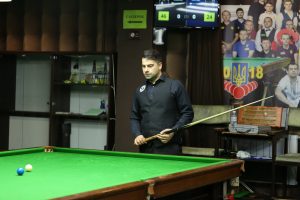 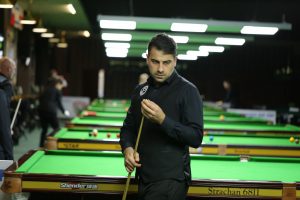 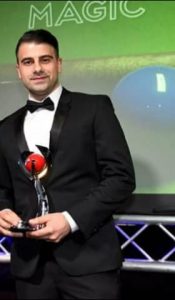