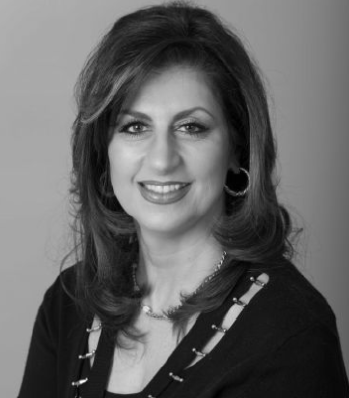 Mary Georgiou was born in the UK to Greek Cypriot parents, Hambou and Andreas Georgiou from Leonarisso, in the Karpasia district of  Cyprus. Her parents moved to the UK in the 1950’s, as did so many of their fellow Cypriots. After many years in the tailoring industry, they opened their own dress-making factory in South London, producing garments for top fashion designers, including Caroline Charles, Ben de Lisi and Edina Ronay, and many others.

Following in her parent’s footsteps, Mary entered into the glamourous life of fashion and design. After completing a B.A degree in Fashion at Kingston University, she launched her career in fashion with the help of her father, and within a year she won a prestigious British Fashion Award. Establishing her own fashion label, her luxury designs were being sold by top boutiques and retailers, including Harrods and Selfridges in the UK, and luxury retailers worldwide.

After many years in Fashion, and after a short break away whilst raising her 2 children, she realised that her other passion lay in interiors. In 1999 she transferred her creative attention to launching Designer Touches – a luxury residential Interior Design company. Always having had an eye for trends, colour and fabrics, she found her design skills steered her towards an easy transition into Interior Design.

Designer Touches was formed in 1999 and is a high end, multi-award winning interior design studio based in Surrey, UK. Specialising in the luxury residential market, their individual yet professional approach ensures that designs are tailor made to meet individual client’s needs, creating luxurious homes that are both beautiful yet practical. This design philosophy has led them to craft many exquisite interior spaces from luxury Surrey mansions to mega super-yachts owned by the rich and famous.

Designer Touches has won major International Property Awards for Interior Design for 3 years in a row, and has been shortlisted for several more, including Designer of the Decade – an extremely prestigious accolade. The reputation of the company speaks volumes with many clients returning year upon year.

Following on from the company’s success in the UK, Designer Touches has now opened an office in Limassol, Cyprus, offering their design skills to the local residents.

Having completed luxury projects in Paphos and Limassol, the company is looking forward to enjoying

the fruits of the ever-expanding Cypriot property market. 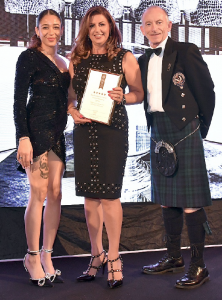