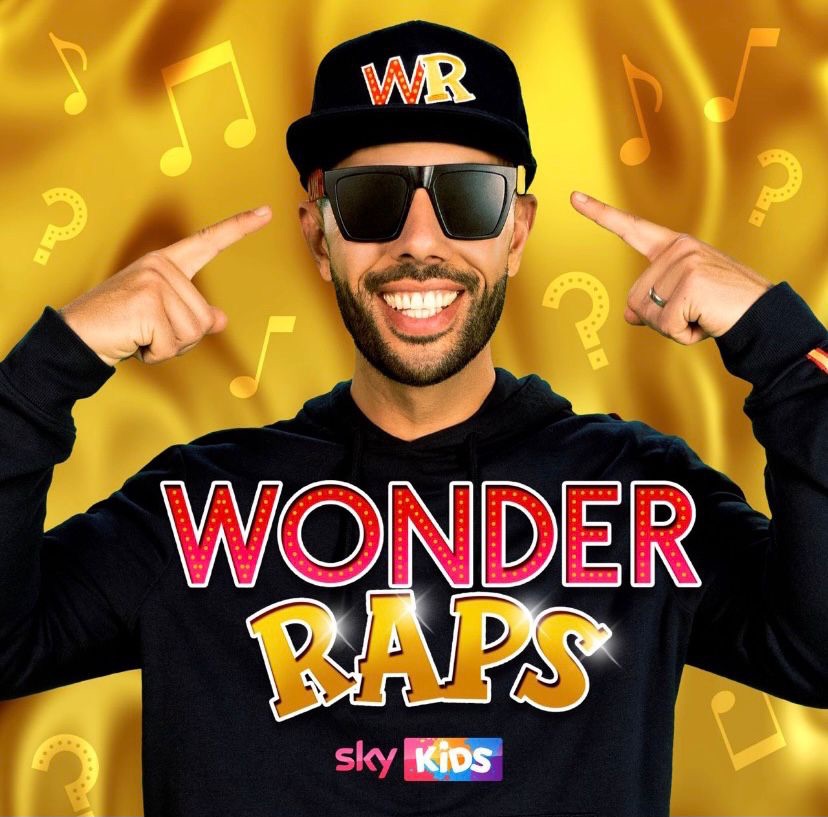 As a primary school teacher, UK Cypriot Jacob Nicholas Mitchell has spent the last twelve years developing and sharing his unique and award-winning methods to teaching. So how does he do it?

Through one of his most popular characters and resources: MC Grammar – engaging and empowering his following through grammar lessons with a twist: each lesson is loaded with fresh beats, catchy melodies and his secret ingredient…rap! All of the lessons are filmed live from his home and broadcast to a global audience immediately, with each MC Grammar Show focusing on a National Curriculum objective and an accompanying rap song.

The approach is simple yet so effective: the children download the lyrics, rap along, have fun and learn! Jacob-Nicholas’ methods have become so popular, up to 25,000 children and educators across ten countries use his resources every day!

He’s even become a viral sensation over the past year, after his wife, Andrea, filmed him rapping ‘The Gruffalo’ book to his daughters, Ellie and Khloe. He has since appeared on the Ellen Show in the US, This Morning, BBC Breakfast, The Steph Show,  ITV News, C4 – and has also worked alongside many famous authors, publishers and brands.

With a plethora of exciting projects in the pipeline: TV, radio, books – the future’s bright! His most recent school tour even saw him performing across the UK and also to his overseas following with visits to Dubai, Cyprus, Bermuda and the US.

Jacob believes learning should be both fun and memorable – especially in a time like this. With so much uncertainty and confusion, Jacob wants to create a community for learning – a safe, fun and memorable learning environment for all of his following, a crew he proudly calls the Grammar Gang. There are no limits!

The teacher, rapper and now internet sensation has launched a new TV series for children which teaches them facts through raps.

Produced by Monkey for Sky Kids, the 10 x 5-minute episodes are tailored to Key Stage 2 learning and cover a range of educational topics from dinosaurs to digestion and saving the planet to pirates.

In each episode of this live action and animated series, MC Grammar wanders into the library, puts on his magic glasses and uses his imagination to explore a different subject like football or volcanos.

For those who don’t have access to Sky, there are plenty of clips on MC Grammar’s Instagram feed @mrmcgrammar