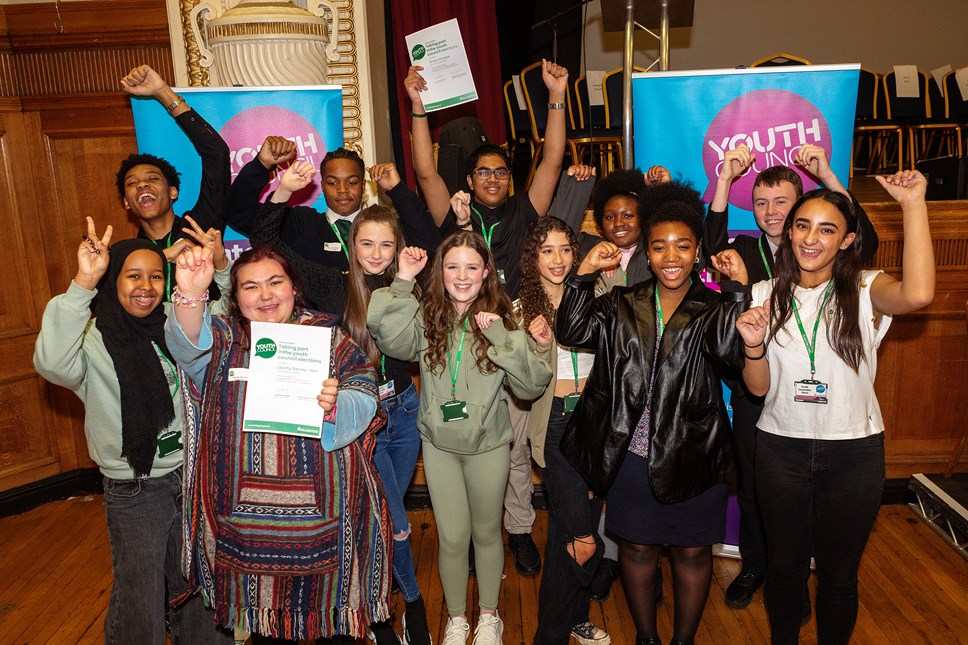 The new youth councillors were announced at a results event at Islington Assembly Hall on Monday night, after 2483 votes were cast by people aged between 11 and 17 earlier this month.

Outgoing Young Mayor Rosie Kurnaz said: “I have had the best two years being the Youth Mayor of Islington, representing thousands of young people in the borough. I’m so grateful that I’ve been given such an opportunity in the first place. The Youth Council and role of Youth Mayor has opened many doors for me; doors that I did not know even existed.

“I wish the best of luck to the next 14 young people who will be representing the youth in our borough for the next two years. I have no doubt that they will be very hardworking and create an Islington where everyone loves growing up.”

Successful candidate, Areeb Ahmed said “It feels like a great achievement to be elected. I wasn’t expecting it, but now I’m looking forward to supporting Islington’s young people and to raise awareness of the link between getting enough sleep and rest and how that can improve mental health and wellbeing, which was what my election campaign was all about.”

Cllr Michelline Safi Ngongo, Executive Member for Children, Young People and Families, said: “Islington Youth Council is a vital part of our plans to make Islington a more equal borough. The youth councillors offer an essential perspective that is too often overlooked in local government decision-making. The voices of these young people will be especially important through the winter as we continue to do everything we can for residents during the cost of living emergency.

“I am delighted that we have so many talented young people who are interested in politics. I want to thank and congratulate all the brilliant candidates who put themselves forward and I really look forward to working with our new youth councillors.”

The names of the elected candidates are: