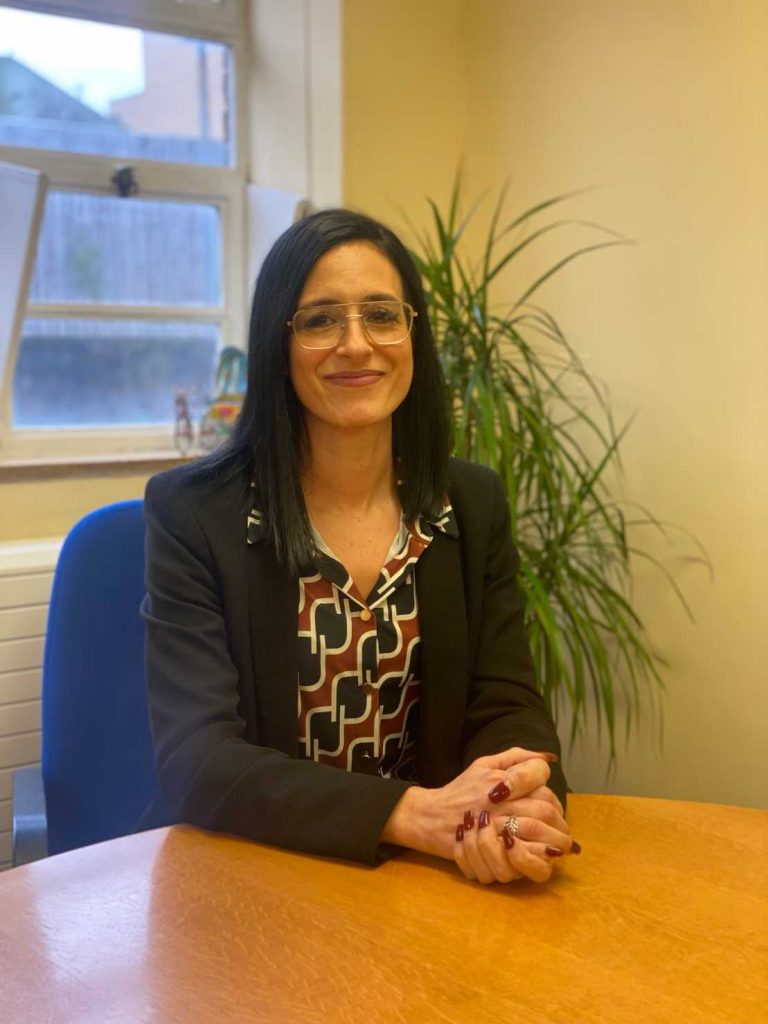 UK Cypriot Adele Christofi was recently appointed as the new Headteacher at Broomfield School in Arnos Grove, Enfield. Here she introduces herself to our community and shares her vision for the school…

I’m honoured and privileged to have been appointed as the new Headteacher of Broomfield School. I have lived in Enfield my entire life, am familiar with the community and specifically the context that our young people are growing up in. I attended an Enfield secondary school myself and hold very fond memories of friendships that were built and ambition that was instilled within me from my own teachers. Broomfield is a school that a great many of my friends attended and they now find it very amusing that I am the headteacher, but have also been hugely supportive of me taking on such a challenging role.

Over the years, Broomfield has not had the best of reputations, the narrative is one that continues, however, one of my main foci is to change that perception. When exploring potential schools for Headship and visiting Broomfield, I was greeted with a diverse student body, children who were polite, kind, curious, asked questions and were proud of their identity and heritage. A complete contrast to the description in the community. This is not to say that there are not areas that need improvement, there are indeed, but there are in all schools, especially with the changes in society, the impact of social media and the experience of Covid which has brought mental health to the forefront for our young people.

There are a number of students in the school who have joined us from abroad, mainly in pursuit of more opportunities or because they are fleeing war. As a direct descendant of a  refugee myself, my moral duty is to ensure that all children have the gift of education and are open to the same opportunities, regardless of issues outside of their control, or the socio-economic background they have been born into. My goal is to instil high expectations, confidence and belief in our young people so that they are ambitious, aim high and embrace life with both hands – is this not what we want for all our own children? My mantra has always been to look at the school I lead and have a critical eye on it with my own children in mind – is this good enough for my children? If the answer is yes then great, and if not then that’s where the school improvement work will be targeted. Alongside this, I will work relentlessly with my team to build character and kindness in our young people to tackle a world which is ever changing.

I was talking to some of my year 7s last week; I spoke to Alex and asked him, “How has your day been?” He was almost bursting with happiness at how much fun he had had in PSHE and music, they were, according to him “the best lessons ever”. The following day he came to find me and said, “Miss, my English teacher is amazing. I learnt so much with her”, and I said , “Why don’t you tell her that, it will make her day.”

This is not a one off conversation, but conversations that happen every day. My Cypriot heritage prompts students to greet me in the morning with “Kalimera Kyria”, and I am immensely proud that as a female Cypriot, I have stepped up to the challenge, not shied away from hard work or the immense role that I am taking on; I will be a role model for our young people – this vocation really is about changing lives!

Finally we aim high – all of our young people have so many opportunities to go on trips and visits to broaden their minds. Many of our students have visited Eton and other independent schools. We have a dedicated member of the senior team whose role it is to encourage our students to apply for scholarships to some of the most prestigious sixth forms and I’m proud to say for the last two years we have helped our students to secure scholarships, some of whom are starting their post-16 education this week.

I’m really looking forward to going on this journey with students, staff and parents and I would encourage you to come and see for yourselves on our Open evening on the 4th of October and/or book in for a tour on one of our open mornings.

Adele Christofi was born to Christos and Helen Christofi, from Eptakomi and Lefkara respectively. She attended Southgate School in Enfield, before attending The Royal Central School of Speech and Drama where she completed a degree in Drama and Education.  Following her degree, she completed a PGCE in drama at the same university. She was a teacher of Drama and English at Queen Elizabeth’s Girls’ School in Barnet for 8 years, and then went into the senior leadership team at Holy Family Catholic School in Walthamstow, where she worked for 13 years. During her time at Holy Family, she was promoted several times and eventually became Head of the Upper School. During this period she completed the National Professional Qualification for Headship (NPQH) at the Institute of Education.  Adele secured the post as Headteacher at Broomfield School in January 2022 and formally began the post in September 2022.