Traffic at Larnaca & Paphos airports in Cyprus are picking up, according to Hermes 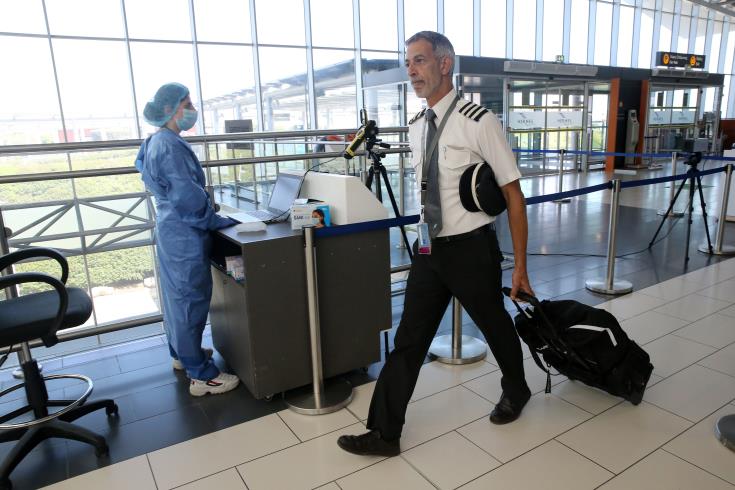 Around 60 flights, departures and arrivals, will take place on Monday at Larnaca and Paphos International Airports, according to Maria Kouroupi, Senior Manager Aviation Development, Marketing and Communication.

She told the Cyprus News Agency (CNA) on Monday that the last few days at Larnaca Airport are a reminder “of the good old days when there was high number of arrivals”. However, she said, “we are very far from the number of flights that we used to have at this specific time in a normal year”.

She also said that flights at Paphos Airport are underway but the numbers are still small.

Kouroupi said that there will be a total of 220 flights at both airports from various destinations this week, including Russia, Israel, Ukraine and Greece. These numbers, she added, change on a weekly basis because due to the epidemiological situation on the island, some airlines “opt to push their flight schedule for later”.

Regarding the United Kingdom, Kouroupi said that after the last country categorisation announced by the Ministry of Health, flights are expected to resume in early June. Other airlines, apart from British Airways, have begun adding flights to their schedules.

As far as Israel is concerned, Kouroupi said that there is a good occupancy rate this period, ranging between 35-40%. “At the moment, the flights from the specific country are maintained, but there is a possibility that they will decrease “, she added.

Kouroupi said that airlines do not hesitate to change their schedules and cancel flights if there are low occupancy rates and this may happen up to three times in a week. It is positive that flights are still scheduled. “it is important that Cyprus’ epidemiological situation is improved for airlines to begin their flight schedules to Cyprus”, Kouroupi added.

Hermes, she said, met last week with all big airlines which expressed concern over the fact that “Cyprus does not have at the moment a good epidemiological picture”.

Kouroupi also said that in the first four months, passenger traffic at both airports was around 10% and in May, the percentage is expected to reach 20%. We hope that from June, passenger traffic will increase significantly based on the airline scheduling, reaching 60%. Last August, she added, the traffic stood at 25% in August, compared to 2019. “It is very hard to say what is expected during the year, since the situation changes constantly”, adding that what is positive is that airlines include Cyprus in their flight schedule.

She further said that according to data from the Cyprus Flight Pass, since April 2020, the percentage of positive COVID cases detected at Cyprus airports is under half percent. When the protocol for double checking came into effect in March, said Kouroupi, ie for a passenger from a red category country to come to Cyprus, a PCR test done in the last 72 hours before arrival and undergoing a new test at the airport, has significantly protected the island’s entry points.

Regarding the new protocol in effect from today at Cyprus’ airports, she said passengers that have received both doses of the vaccines approved by the European Medicines Agency, except the Johnson & Johnson, for which 14 days should elapse, can enter Cyprus without any further test. At the same time the Republic of Cyprus will continue to carry out sample checks on various flights arriving at the island’s airports, a measure that was in effect last summer and was very productive.

For Russians, Kouroupi said that Hermes is now accepting Sputnik therefore passengers who have had their second dose of Sputnik can enter Cyprus without any further check. Those however, who are not vaccinated, and according to ECDC there is a large number of Russians who are still unvaccinated, will need to undergo the double check, a PCR test performed 72 hours prior to their arrival and a test performed on their arrival in Cyprus.