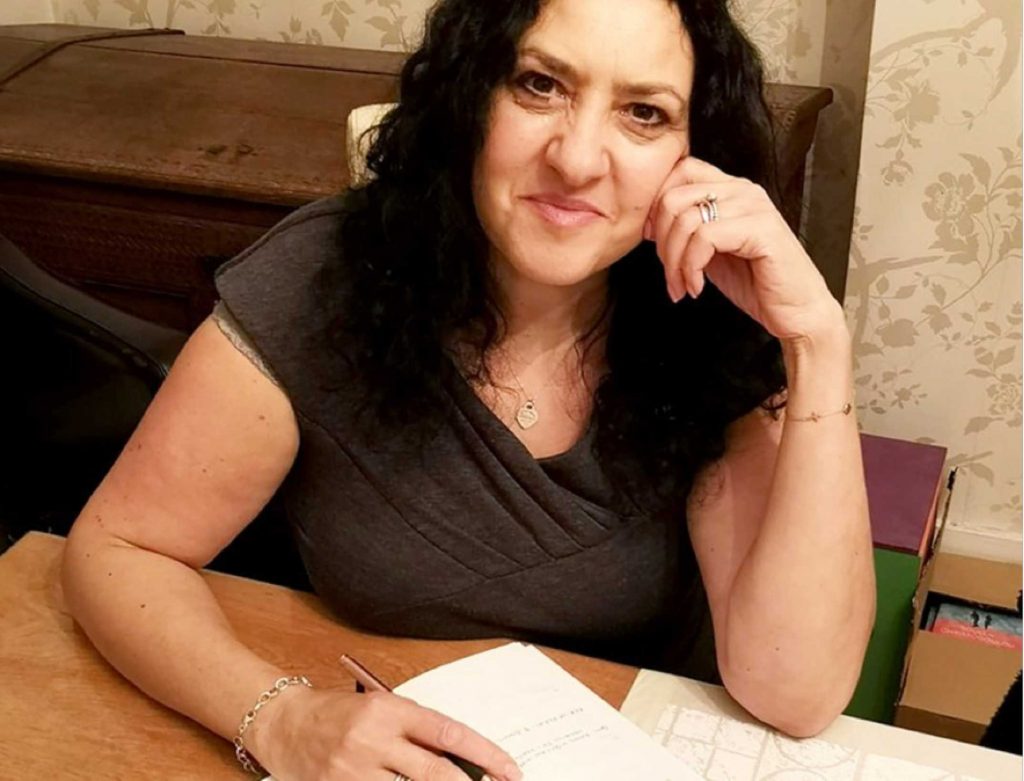 Set in the time of EOKA and ENOSIS, The Summer Will Come draws directly from the experiences of hundreds of Cypriot families forced to emigrate to the UK in the 1950s. Alix Norman meets its author.
What if you were forced to abandon everything – the home, friends, and job you love – to start anew in an unknown country? You don’t speak the language, you’re unemployed, you’re not even sure where you’re going to live. Terrifying.
Yet this is exactly what happened to many Cypriots in the 1950s, who left everything they knew and loved to move to the UK or the US, to Australia or Canada or Africa to avoid the troubles of the time. And it’s a journey that’s beautifully described in Soulla Christodoulou’s The Summer Will Come, a gripping work of fiction based on the very real experiences of hundreds of Cypriots who, decades ago, left the island in search of a better life.
A well-known author, 54-year-old Soulla is herself a second-generation Cypriot. “My parents both moved to London when they were young,” she says. “Their families escaped the troubles by emigrating to England in search of a new life, and the two of them met and married here. I grew up knowing little about their pasts; hearing muttered conversations about Eoka and Enosis and, later, whispers of the Turkish invasion. But, like many of my generation, I never really knew the full story…”
It wasn’t until Soulla was in her 40s and helping her mother through cancer that she began to ask questions about her family history. “While my mum was convalescing, we spoke a lot about her life: her youth in Cyprus, why she moved to the UK, how it felt to be uprooted from everyone and everything she knew. I started asking my dad the same questions, and then speaking to other Cypriot families who had gone through the same thing… And this wealth of emotion-laden information began to come together in my mind as one story: The Summer Will Come.” 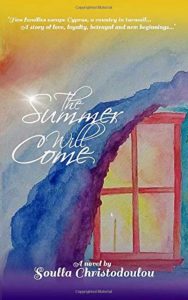 Selected by the Year of Learning Festival as a bookclub read thanks to its portrayal of modern history, Soulla’s romantic family saga takes its title from a poem by Evagoras Pallikarides who, at the age of 19, was the last of Eoka to be hanged. “Before he died,” says Soulla, who became close friends with Pallikarides’ family over the course of her research, “this hero penned a poignant poem. ‘Even if it’s winter now, The summer will come, Bringing Freedom to cities and villages’ he wrote. I feel it’s about making our peace, accepting that we don’t always get what we want. And that’s the theme of this true-to-life story…”
Based on the experiences of Soulla’s own parents, and set against the island’s fight for independence, The Summer Will Come sees emigrées Elena and Christakis uprooted from their lives in Cyprus, only to meet and fall in love in London.
“It’s far more than a love story,” Soulla reveals. “It’s about starting a new life in a new country, a huge city that’s so different from the tiny village you’ve always known. Suddenly, you’re experiencing discrimination related to your race or language or religion; it’s hard to hold onto your traditions, your culture, your past. And nothing is ever quite what you expect…”
In the process of her research, Soulla spoke to countless Greek and Turkish Cypriots who left the island due to the troubles. “Many of their tales – harrowing and joyful – appear in the book,” she discloses. “These stories are real – these things really happened. An uncle of a friend spoke to me about the prejudice he’d experienced at work – the jealousy, the name calling, the racism. A neighbour revealed how his first landlady subjected his Cypriot family to all these arbitrary rules from which English renters were exempt. And my dad recalls taking his first bite of British bread and thinking he’d eaten cardboard, because it was so different from the loaves yiayia baked in the courtyard oven!
“I was deeply touched by how many people were so happy to talk to me about their memories,” she adds. “People who had arrived here in the UK – often under highly traumatic circumstances – and had to throw themselves into surviving. I heard so many tales that broke my heart, met numerous people whose emotions were still raw despite the decades. Many of these people,” she adds, “felt they had no choice but to leave the home they loved. And that’s what happens to our main characters…”
A teenager, Elena is searching for love in a foreign place. “She’s come to the UK to escape the troubles and be with her father, but arrives to find he’s a womaniser and a gambler,” explains Soulla. “And her own mother is so busy struggling to survive there’s little time for affection. So she looks outside the home, and meets fellow immigrant, Christakis.
“Their relationship is very much a secret,” Soulla smiles, “because in that day and age, good girls were expected to stay at home and help their mums. There’s the difficulty of adapting to an entirely new way of life, in a huge city. And that constant push and pull of trying to maintain their cultural traditions while their British friends are gallivanting round concerts and pubs… All these are aspects of life which came through strongly in my research,” she adds. “UK Cypriot families tend to uphold tradition much more strongly than those back in Cyprus; it’s a sort of link with your homeland, I think, that’s relevant even today!”
Ultimately, of course, everything works out for Elena and Christakis in this thrilling, touching tale. But not before the two undergo any amount of trials. “The summer – both literal and metaphorical – does come,” smiles Soulla. “By the end of the book, we realise that summer isn’t so much a season, but an idea – a hope we hold in our hearts for a better life. Though we may not always get the summer we expect, summer will eventually come. And it will be good.”
The Summer Will Come is available from Amazon in both print and for Kindle. For more information, visit https://soulla-author.com/