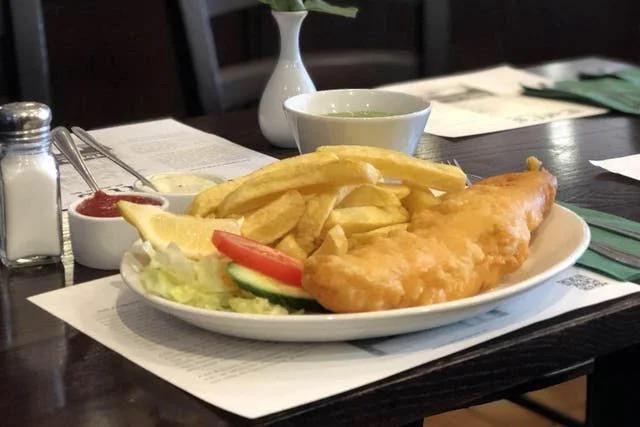 Here are the best fish and chip restaurants in London, from retro caffs to luxury seafood hotspots. Says the Staadard

One of them is UK Cypriot owned Toffs in Muswell Hill Since opening in 1968, this Muswell Hill chippie has been repeatedly voted among the UK’s best fish shops. That’ll be due to the crunchy batter (available as matzo too), juicy fish and fluffy-centred chips — plus the unbeatably warm welcome. Toff’s is as much of a restaurant as a fish shop, though, and while traditional cod, scampi and skate are on offer, the extensive menu also includes Dover sole, halibut and sea bass, plus fish soup to start and a knockout syrup sponge with custard for pud — though kids might prefer an ice cream from Marine Ices, another vintage North London favourite. To drink, the short French wine list includes Moët & Chandon by the bottle to prove the theory that Champagne’s high acidity makes it the perfect partner to cut through the fattiness of fish and chips.

There has been a fish and chip shop at these premises since 1968. The original name of the chippie was called Barracuda. Then in 1988 Andreas Ttoffalli took the business over and changed the trading name to Toff’s of Muswell Hill. Mr Ttoffalli won best Fish and Chip Shop in the UK as voted by The Seafish Industry Authority and The British Potato Council in 1989

In 1999 George and Costas Georgiou took over Toff’s and ran it according to Mr T’s winning formula, and recently they won the Best British Restaurant in London as voted by the Archant group of newspapers in their Food and Drink Awards. Furthermore, the two brothers took it to another level, literally, by expanding it to the first floor and adding the Captain’s Table. George sadly passed away in April 2020, however his wife Giga and son Christopher have come on board to run Toffs to continue George’s legacy.

Toff’s of Muswell Hill prides itself in serving fresh fish bought directly from the UK’s fish docks. We coat the fish in our specially blended batter mix and we fry in refined ground nut oil. The menu has been extended to include skate, rock, salmon and many other soles. Toff’s is a local Fish and Chip shop that considers itself family friendly and serves food in a hospitable manner, where people feel that they arrive as a customer but leave as a friend.

Co owner Chris Georgiou says that the top ten listing consistently means that their standards and quality are higher than ever.

It also means they are seen in the same calibre of other elite establishments.
Two years after his Father’s passing they have continued with the practices that his late Father George and his Uncle Costa have embedded over twenty years with good quality and warm customer service being their target everyday.

Chris says “We thank the community for their support that we received after my Father’s passing which made a difficult period slightly easier. 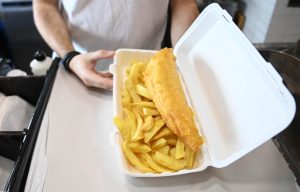 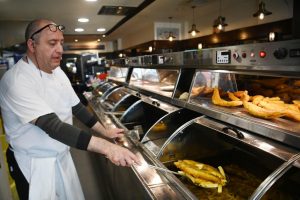 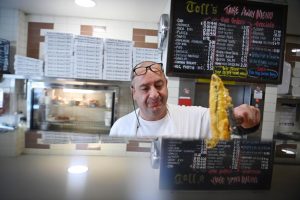 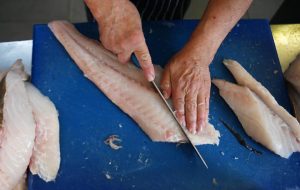 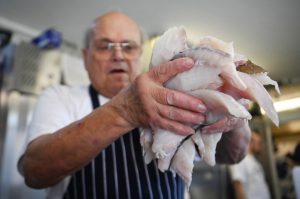 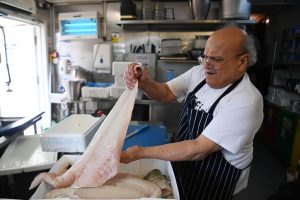 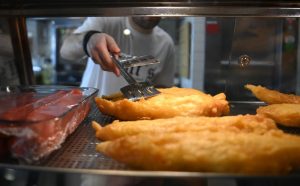 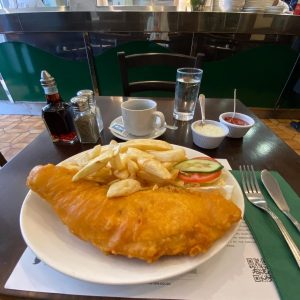 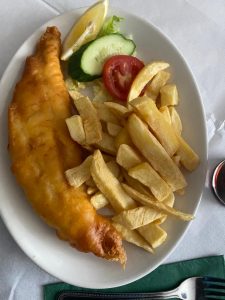 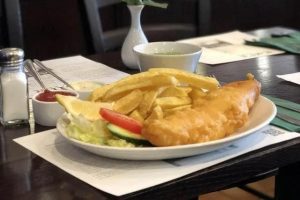