The Play Offs kick off in Cyprus 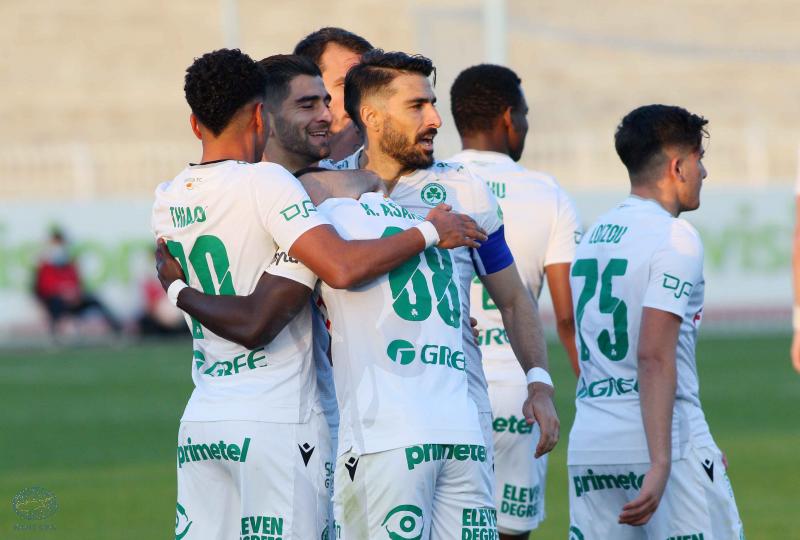 The Play off phase started the weekend.14 clubs compete in the league. Each club plays the other sides twice, for a total of 22 games for each club. The bottom two teams (of the first round) are relegated directly to the Second Division. In the second round the teams ranked 1-6 play off for the title and European places, and teams finishing 7-12 play each other to avoid an additional relegation place. Teams receive three points for a win and one point for a draw. The league champions qualify for the UEFA Champions League.

The runner-up and third placed team in the league enters the UEFA Europa League. If the cup winners finish in the regular European places, the fourth placed team of the league are granted a UEFA Europa League berth. The top tier in order they finished are Omonia, AEL, Apollon, Anorthosis, Aek and Olympiakos. The second tier includes Apoel,Paralimni,Ermis Aradippou, Doxa,Karmiotissa Pafos, Nea Salamina and Ethnikos Achna.

AEL kicked off the play-off phase of the Cyprus First Division beating visitors AEK Larnaca 3-0 with AELK staring well with the first real chance falling at the feet of the AEK star striker Trichkovski. The game changed when in the 18th minute AEK Centre half Joan Truyois was sent off.

AEL took advantage and took the lead on the half hour through a Bruno Santos header.

Ryan Mmaee scored from the penalty spot to increase AEL’s lead to 2-0.

AEL increased their lead to a final score of 3-0 again from Ryan Mmaee his penalty was initially saved by AEK goalkeeper Joël Mall, but Mmaee managed to send the ball into the net on the rebound.

Omonia beat Olympiakos on Sunday, through a Kousoulos goal early in the second half.The Greens leapfrogged AEL Limassol, who went top on Friday with a 3-0 victory over AEK.

Nea Salamina had a 2-1 home defeat by relegation rival Enosis Neon Paralimniou Nea Salamina’s goal came from Kamissokko and the Paralimni goals from Biala and Juan Felipe. Nea Salamina played most of the game when Varelas was sent off in the 9th minute and were also the first team to score in the 25th Minute.

Apollon drew with Anorthosis 2-2 with Apollon leading 2-0 their goals coming in the 10th and 60th minute through Diguiny they were playing with ten men when Guerrier got sent off in the 23rd minute Anorthosis two goals came in the 65th and 79th minutes through Okriashvilli and Kvilitaia.