The Australian Cypriot behind the biggest Opera event in Australia 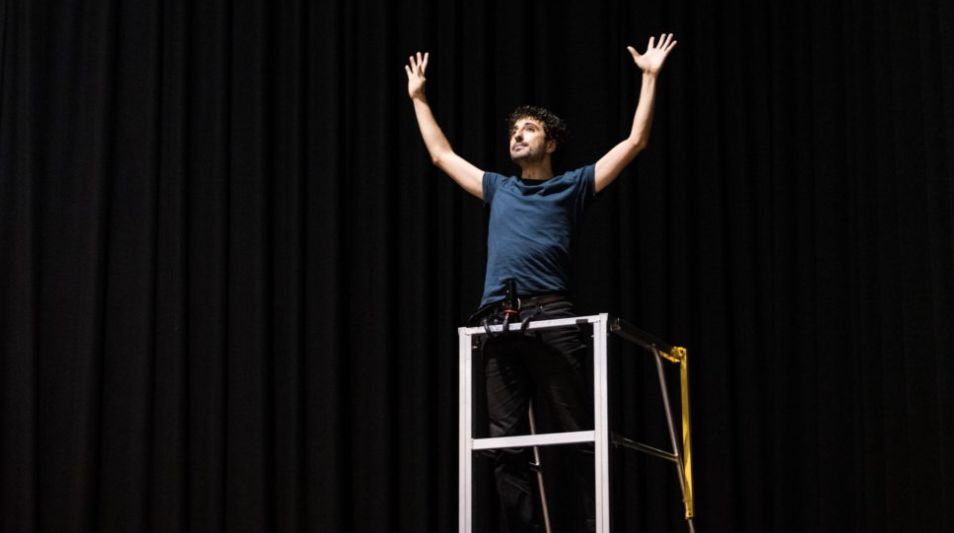 The biggest opera event in Australia is the spectacular annual outdoor Handa Opera event in Sydney Harbour and the director, Constantine Costi, has been pulling out all the stops to ensure the production, “La Traviata” by Verdi, will live long in the memory.

Mr Costi, of Cypriot descent, was to have directed the Verdi opera last year but the event was postponed, thanks to a certain virus.

“I have had a year to reflect and refine the production,” he told Neos Kosmos. The possibility to host the event became a reality when the New South Wales government allowed for the holding of seated and ticketed outdoor events that can accommodate audiences of up to 5,000 people.

His working days are more than 12 hours long.

“My main worry right now has been battling a week or rain. The days begin with meetings with production team, then with the singers and dancers.

“Organising the lighting for the event has to take place at night. This is what my days will be like until the opening night on Thursday, 26 March. It is tiring but I would not swap it for anything.”

“La Traviata” is one of the greatest operas and Mr Costi’s production promises to be visually stunning.

“It is the ultimate spectacle with a full chorus of 40 singers, 20 dancers, 10 actors and 12 principal singers,” he said.

That is not to mention also the full orchestra conducted by Brian Castles-Onion and a fireworks display to light up the night in conjunction with the opera’s famous drinking song “Brindisi”.

Other than the legendary Maria Callas there has not been much to connect Greeks with opera but Mr Costi said the common link was story telling.

“Greeks, as inventors of theatre, have a great sense of story-telling. I see it happening every time around the table at my yiayia’s house. There is also a linkage with the music productions of Greek theatre which has a long association.

“Opera is a great way to tell a story: Simple, direct and powerful. In ‘La Traviata’ you will be moved by a story of passion told in a way that only opera can tell it” said Mr Costi.

Being the director of this big a production offers a host of challenges.

“Sometimes I feel like a juggler keeping a whole lot of balls in the air. As a director you do not only look after the technical issues, but you also have to be a bit of a psychologist.

“It is a job that pulls you in different directions and each day is different.

The 31-year-old bachelor credits working in his father, Steve’s, fishmongering business as an important preparation for his current role. The lessons learnt in coping with the annual Christmas rush each year have proved invaluable now.

The eldest of four children in the family, Michael’s first foray into theatre direction came when his mother, Connie who is of Italian descent, bought him a puppet theatre when he was about seven years old. He directed his younger siblings brother Michael (now a writer) and sisters Rosemary (composer) and Veronica (graphic designer).

He studied film at the University of Technology Sydney. While he studied and after graduation, he and his brother ran a fish-selling business to supplement their income.

“It was a crazy time in my early to mid-20s when we would get (fish)stock at dawn, hire space in a shopping centre and sell the fish. At the same study and run to rehearsals and direct shows.

He first came to notice in Sydney when he hired a warehouse to put on “Il Tabarro” (The Cloak), the one act opera by Puccini.

“I was living in New Town at the time, and I was going for a run past this warehouse that housed a commercial kitchen and thought it would be a great venue for an opera.

“I went inside and asked the man if I could hire the venue and he told me to ‘bugger off’ but his wife loved the arts and I eventually managed to get the place,” said Mr Costi.

The production ran for five shows and featured an orchestra of 30 musicians and a cast of eight.

“I waived my fees and we shared the profits. It was more a labour of love.”

He said about 100 people came each night and one of the people who came was Lyndon Terracini, the head of Opera Australia. He was impressed enough to invite the young Costi to work as his assistant director.

Mr Costi also went to work overseas, building up a portfolio as an assistant director in Berlin and Vienna before returning to Australia and taking on the huge challenge that “La Traviata” poses.

♦ “La Traviata” will be performing 26 March – 25 April (Excluding Mondays and Good Friday on 2 April). It will be performed in Italian with English and Simplified Chinese subtitles. Runtime 2 hours 35 minutes including one interval. 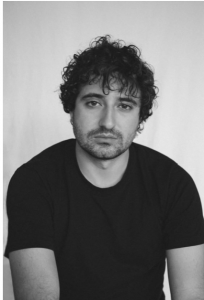 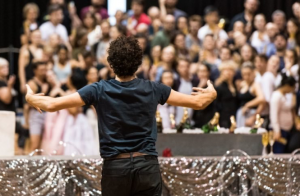