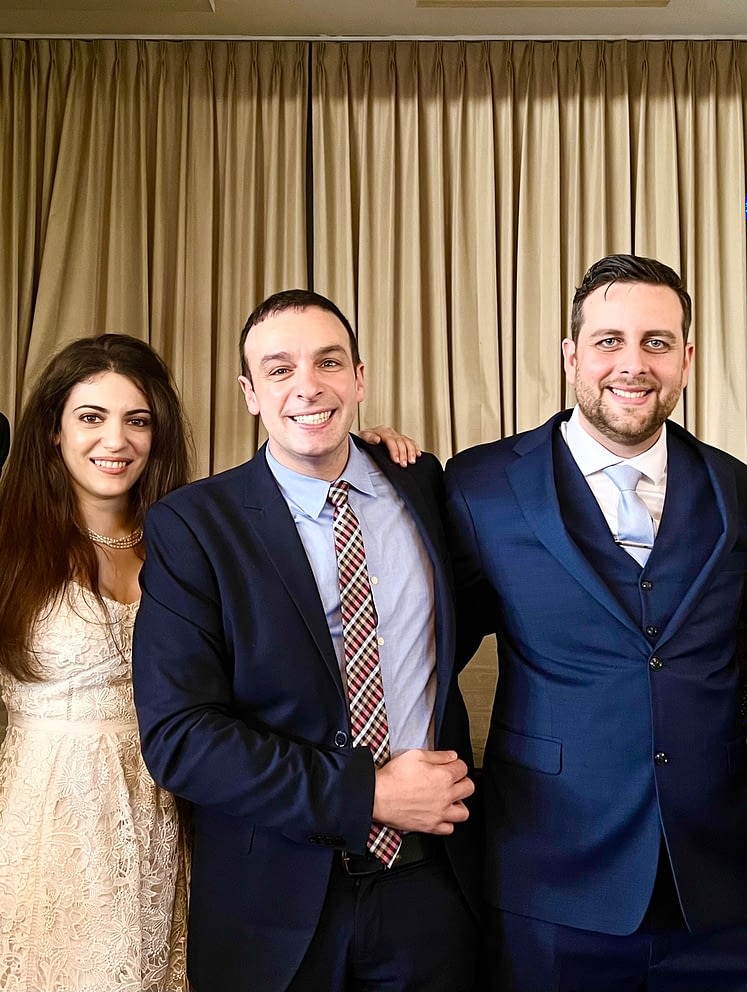 FORT LAUDERDALE, FL – Soprano Ariadne Anna and tenor Demetris Michael, under the artistic and musical direction of Phyto Stratis, presented the concert “Believe” before an enthusiastic audience in the Parish Hall at Saint Demetrios Greek Orthodox Church in Fort Lauderdale on March 6. The Independent Scholarship Committee of the church invited the artists to perform at their biennial luncheon event, Celebration of Learning, which honors the deserving students who attend summer programs and colleges as a result of these scholarships.

The keynote speaker, His Grace Bishop Sevastianos of Zelon, spoke about the legacy of the Three Hierarchs, focusing on the importance of education, particularly in the fields of biology and physics, and emphasized that the theory of evolution is not contradictory with Christian teachings. His inspirational talk was followed by the presentation of the scholarships to the students.

Parish Council member Stephanie Pavlakis then invited the three New York City-based artists to the stage. The concert, which was organized by the non-profit organization Cyprus New York Productions, consisted of a unique selection of inspirational songs, including classical pieces such as Ave Maria by Bach and Gounod, musical theater pieces such as Somewhere (West Side Story) and When You Believe (Prince of Egypt), and contemporary classics such as You Raise Me Up (Josh Groban) and The Prayer (Celine Dion and Andrea Bocelli). The impressive versatility and vocal range of the two singers allowed them to move with great ease between different genres and styles of music. The emotional performance left the audience with tears in their eyes. The last number, Time to Say Goodbye, led to a standing ovation from the 160 attendees.

“It has been an emotional two years, but believing that we would get through this kept us going. This concert was put together to provide encouragement and hope,” said Stratis, President and Artistic Director of Cyprus New York Productions, who dedicated the concert to the scholarship recipients, wishing them to believe in themselves and excel in all their endeavors.

“Believe” marked the first post-COVID concert for the Greek-American community of St. Demetrios. They are all looking forward to the next concert by Cyprus New York Productions.