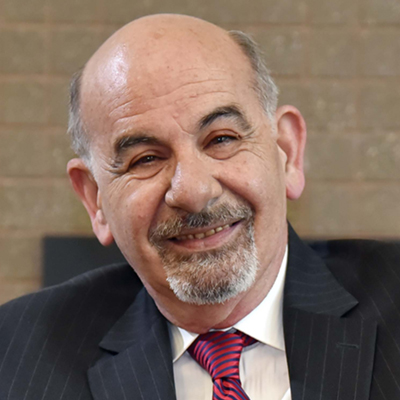 The 2022 Excellence Award of the Republic of Cyprus was presented to Professor of Law, Simeon Symeonides, in the context of the celebratory session of the Cyprus Academy of Sciences, Letters and Arts, which took place at the Presidential Palace, on Tuesday evening.

In his speech, President of the Republic Nicos Anastasiades said he felt proud because the Academy was the result of the government’s decision to fill the gap for a scholarly institution in the country, adding that everyone should feel proud because Cyprus has its own Academy of Sciences, Letters and Arts.

It is a foundation “which constitutes an important chapter in terms of promoting History and Culture”, the President said, as well as the development of intellectual life, sciences, letters and arts in our country. At the same time, he added, “Cyprus is now actively represented in international and European academies of intellectual background, participating in the formulation of regional and international policies.”

He said one of the important purposes of the Academy is the recognition, promotion and awarding of our compatriots who have excellent at an international level and their knowledge and experiences can be utilised. As such, the distinguished Cypriot Law Professor, Simeon Simeonides is acknowledged and the Academy unanimously presents him with the Excellence Award of the Republic of Cyprus for 2022, the President added.

He added that “Professor Symeonides, with a rich curriculum vitae, contributed greatly through his work to promote the legal science” and his writing was translated into eight languages, and is considered “of paramount importance in reforming the legal science”.

Professor Symeonides, the President added, during the Cyprus Presidency of the EU in 2012, headed or participated in committees which dealt with important regulations regarding European integration without remuneration.

President of the Cyprus Academy of Sciences, Letters and Arts, Andreas Demetriou said that the Academy, four years after its foundation, has identified three priority areas for the future, to develop itself, to strengthen and promote excellence in all fields of science, literature and the arts, and to contribute to a better understanding of science by society and the state, and also to solving problems during our time.

Replying, Professor Symeonides said he “accepts the honour with the deepest gratitude and pride”.
Symeonides was born in Lythrodontas, Cyprus, in 1949.He then attended Aristotelian University of Thessaloniki, Greece, where he studied law. In 1972 he graduated first in his class with the highest grade point average in the history of the school.[3] He earned his degree in private law. The next year he received a degree in public law, graduating summa cum laude. Symeonides then moved to the United States and attended Harvard Law School where he earned two degrees. He received an LL.M. in 1974 and a DJS in 1980. He is married to Haroula Symeonides.

While still finishing his legal education at Harvard Law, Symeon Symeonides began working as an assistant professor and then associate professor at Louisiana State University Law Center.In 1989, he became the Judge Albert Tate Professor of Law at LSU, teaching there until 1999. While a professor he served as U.S. National Reporter to the International Congress of Comparative Law in 1994, and as Rapporteur Général in 1998.[ During his time at LSU he also served as a vice chancellor.Symeonides has also taught at Tulane University, Loyola University New Orleans, and his alma mater in Greece.

In March 1999, Symeon C. Symeonides was hired as the dean at Willamette University’s law school located in Salem, Oregon, and served in the position from July 1999–February 2011. He is the Alex L. Parks Distinguished Professor of Law, Dean Emeritus.In 2002, he gave the lecture for private international law at the annual meeting of The Hague Academy of International Law. Held at the Peace Palace in The Hague, Netherlands, he was the 18th American selected for the honor in the 78 years of the conference. In Europe he has taught at Universite Paris V and Louvain-1a-Neuve.

Other legal work has included law reform for the Oregon Law Commission, Louisiana State Law Institute, and Puerto Rican Academy of Legislation and Jurisprudence.
]In 2006, he became president of the American Society of Comparative Law, an organization where he had previously served as secretary. Symeonides is also a member of the American Law Institute, Bartolus Society, and Order of the Coif. He has served as president of the Association of American Law Schools section on conflict of laws and as a member of the board of editors to the American Journal of Comparative Law.

Symeonides resigned as dean at Willamette in February 2011, effective at the end of the academic year and was succeeded by Peter Letsou