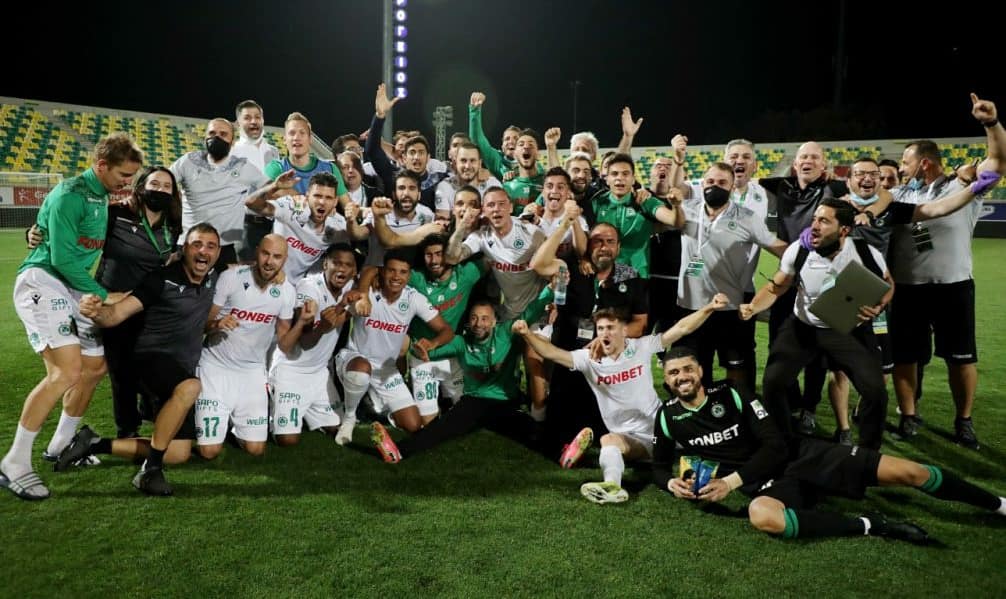 night the win was enough to give Omonia the Championship as their only other challengers for the title Apollon, could only draw 2-2 at home to Olympiakos.

The only goal of the game came early in the second half in the 49th minute, scored by striker Fotis Papoulis, who who shot from close range past the oncoming AEK goalkeeper. Omonia will play Apollon next week with the league title aleady been decided.

Apollon, led 1-0 from the first half through Pittas but Olympiakos equalised through Mantzis and five minutes later Zachariou gave Olympiakos the lead in the 69th minute.

Guerrier managed to to bring the game level for second time a minute from time but it came too late to change the game to the favour.