John Christodoulou: A Cypriot on the cover of Forbes

Mr John Christodoulou is featured on the cover of the current issue of Forbes Monaco magazine, which dedicates a five-page profile in its rich content. He is one of the very few Cypriot who appear in the cover of a business magazine of such calibre, a fact that proves that Mr Christodoulou is listed as one of the wealthiest businessmen in the world.

The Nicosia-born businessman, Monaco-based resident and sole owner of the Yianis Group of Companies has given an impressive interview for the renowned publication, during which he explained his path towards success, as well as his entrepreneurial vision and business ethics.
The five-page article projects his ability for calculated risks, a virtue in his political decision making and his undying love for his country of origin, Cyprus, which he spends a lot of his time, resources, and energy in supporting through his business endeavors, as well as his charity work via the Yianis Christodoulou Foundation.
Highlighting some important points from the interview that reveal the personality of Mr John Christodoulou, as well as his business ethics, can be summed up into the fact that Mr Christodoulou never fired anyone over the Covid-19 health crisis. “The toughest part as a human being is that you have to say, ‘I have had it good for a lot of years, so let’s not panic and cut them all down,’” he proudly stated. Mr Christodoulou has also supported, through his Charity, vulnerable groups of people in the Cypriot Community of the UK with the home delivery of food parcels, and in Thailand with the provision of food packages to families. Further to this, as a gesture of appreciation and acknowledgement for their hard work, on Labour Day ‘Thank you snack parcels’ have been delivered to all 9 public hospitals in Cyprus to more than 6.000 doctors, nurses and other health workers.
He worked hard for everything that he has but he appreciates and never forgets his heritage. Leaving Cyprus because of the Turkish invasion in 1974, he emphatically declares: “I know what is like to leave your home and have nothing else. What made me the man I am today is going through the experience of a war and being insecure.”
His love for Cyprus is an important factor that drives his willingness to do everything in his power to contribute to the country’s development in all means possible. At the beginning of September, Mr Christodoulou headed back to Cyprus to look for options to buy land for a massive 1.9 million-square-meter self-sustainable project. “It will involve schools, hospitals,businesses and any startup will be able to come and use the facilities, only having to pay back if they are successful,” he explains.
It is worth mentioning that Mr John Christodoulou has received numerous accolades lately. On June 11th of this year, he was honored with the Monaco Ambassador Award, which was presented by Prince Albert with club president Christian Moore, in the gardens of the Hotel Hermitage. He also received the Holy Humanitarian Cross of the Greek Orthodox Church of Cyprus and in early August was the recipient of the Medal of Outstanding Contribution at a ceremony organized by the Presidency of the Republic of Cyprus. In his speech, he raised the question in the presence of distinguished representatives from the political, business, and social spheres why the GDP of Cyprus is only 24 billion dollars when the GDP of Israel is 400 billion dollars. He pointed out that Google has a GDP of 257 billion dollars, Apple’s is 365 billion dollars and Amazon’s is 470 billion. “All of these companies started from home, from their garage… Cypriots are an intelligent nation. We have the key to do anything about our future,” he proudly stated.
Overall, Mr Christodoulou is a living exemplar of a success story that started from nothing but achieving more than most can achieve in one lifetime. Due to his hard work and his business-oriented DNA he is now leading a real estate empire and at the same time he remains humble, honest, approachable, and generous.
Mr Christodoulou, the Founder of the Yianis Christodoulou Foundation, has been well acknowledged for his charitable work, worldwide, but more evidently in his homeland Cyprus. Through his foundation Mr Christodoulou is supporting children in need. The choice of the funded projects ties with the Yianis Christodoulou Foundation Mission, which is to offer support and assistance to the many schools and communities that need to upgrade their teaching and learning facilities, for the benefit of the children. In the founder’s own words, “helping and empowering children is the main priority of the Yianis Christodoulou Foundation, as our future depends on them”
For further information regarding the Yianis Christodoulou Foundatio’, please visit the website at https://www.yianischristodouloufoundation.com/. You can also visit the social media on Facebook: https://www.facebook.com/YianisChristodoulouFoundation/  and as well asthe Instagram
https://www.instagram.com/yianischarity 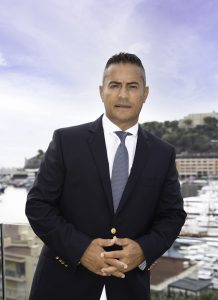