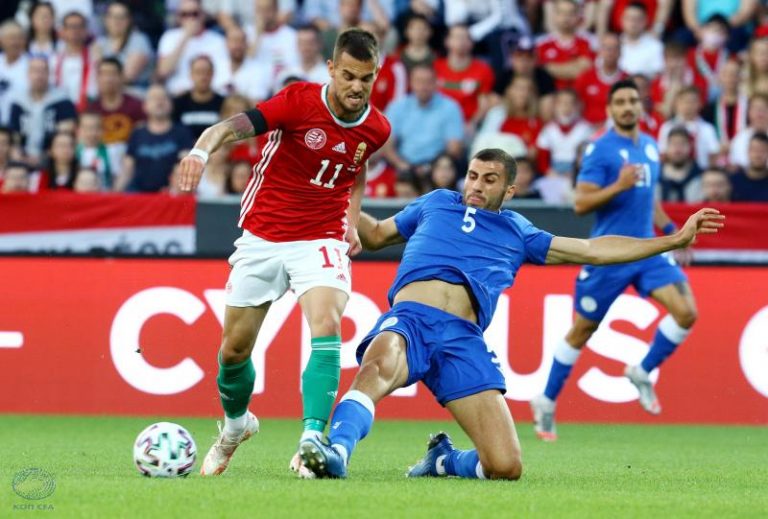 Euro 2020 Group F outsiders Hungary beat Cyprus 1-0 in Budapest on Friday in their first friendly match before the delayed tournament starting on June 11.

A 36th minute strike by midfielder Andras Schafer, his first international goal, settled the tie which was played in front of a near capacity attendance at the Ferenc Szusza stadium in the Hungarian capital.

Packed stands are also expected at the Puskas Arena Euro 2020 venue in the Hungarian capital, the only one of the 11 tournament stadia not to limit fan numbers.

An experimental Hungary line-up was frustrated by Nikolaos Kostenoglou’s Cyprus in a scrappy encounter with few chances for either side until Schafer, 22, rifled home a cross by Kevin Varga.

Instead Nemanja Nikolic should have doubled Hungary’s lead late on but saw his 86th minute penalty saved by Neofytos Michael after the impressive Schafer was pulled down in the area.

The morale-boosting warm-up win comes days after Hungary star Dominik Szoboszlai was ruled out of the final 26-man squad this week due to a lingering groin injury.

The 20-year-old moved to German side RB Leipzig in January but hasn’t yet played a game for the Bundesliga runners-up.

The Magyars, who play Ireland in their final tune-up for Euro 2020 at the same venue on Tuesday, will appear at their second successive European Championships after reaching the last 16 round at Euro 2016.