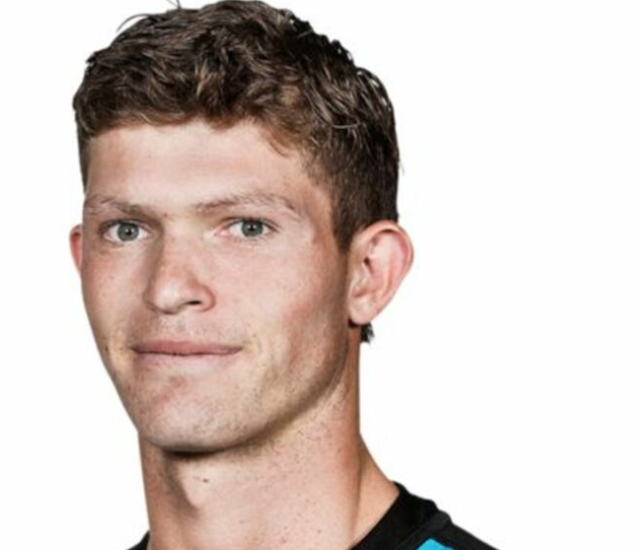 Port Adelaide’s high-flying forward Mitch Georgiades has been awarded 2022’s mark of the year after a stunning hanger taken off the back of Freemantle all-rounder Brennan Cox just before the three-quarter time siren in round 16.

Georgiades took home the Alex Jesaulenko medal as well as a $10,000 prize for his efforts, during Sunday’s Brownlow medal count at Crown Palladium.

“Up there for an eternity” was how commentator Adam Papalia described the winning grab on the night of the game.

Surprisingly, Georgiades hadn’t been nominated for mark of the week in any of this year’s 23 rounds, with fans voting weekly for their favourite of each rounds top three jumps.

Instead he was picked as part of the AFL game analysis committee’s five additional selections where he was tipped twice.

Beating out GWS’ Toby Greene and Melbourne’s Charlie Spargo; Georgiades accepted the medal from 2020s mark of the year recipient Sam Walsh on the night.

“I was pretty tired at that stage… think it was the end of the quarter.”

“I saw the ball come in and just had a jump… lucky it just stuck.” Said Georgiades.

Georgiades is the son of ex Footscray (VFL) player John Georgiades, who started his career with the WAFL in 1986 playing fr Subiaco.

Georgiades’ is the second mark of the year for Port Adelaide, who first collected it in 2014 with Chad Wingard’s deft collection of the Sherrin when he soared over the shoulders of St Kilda’s Sean Dempster in round 12 of that year.