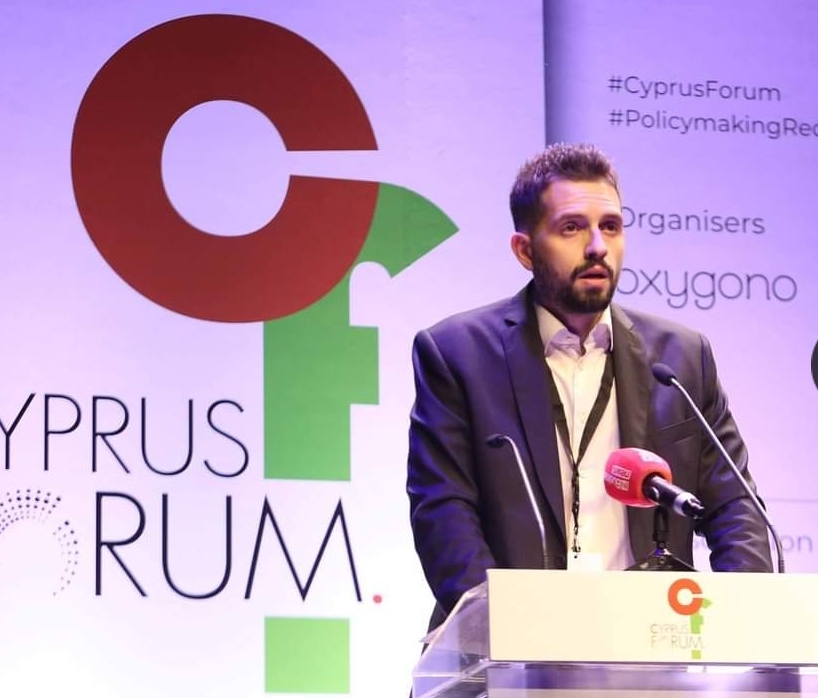 The European Parliament’s European Citizen’s Prize 2022 was awarded on Friday in Cyprus to the founder of the non-government organization, “Oxygono”, Nicolas Kyriakides.

The Prize was awarded by Cypriot MEP, Loucas Fourlas, during a ceremony at the EU House, in Nicosia, in the presence of EU member states Ambassadors and officials of the European Commission Representation and the European Parliament Office in Cyprus.

Delivering a speech, Kyriakides said that the prize is not a personal one, but is awarded to “Oxygono” and its projects, the “Cyprus Forum” and the “Nomoplatform” – an electronic legislative watchdog aiming to the increase of transparency. “Therefore, it is awarded to the dozens of people who have been working for these projects,” he added.

Moreover, he announced that in April they will be launching another project the “Cyprus Forum: Cities”, which will be the biggest local authorities conference in Cyprus, that will take place in a different city every year.

Kyriakides noted that “Oxygono” is an independent platform, a revolutionary project, which has been trying to exert positive pressure on everyone, without criticizing them, and to serve in a constructive way.

“We wanted to contribute in building a culture of political impartiality and morality,” he added.

Moreover, he noted that as this culture of policy making is described by cooperation, participation of everyone and mutual respect, it is fundamentally linked with the EU and its principles and this is why they have such a good cooperation with the Office of the European Parliament, the European Commission Representation and other EU authorities and initiatives.

On his part, MEP Loucas Fourlas, said that Nicolas Kyriakides is a young man that has been offering so many things to society.

He said that “citizens are at the focus of our policy making and priorities” and that “we are making efforts to turn the spotlight on the people and organizations that work hard for a better Europea and encourage others to follow their example. And this is what Nicolas Kyriakides and his group are doing.”

Addressing Kyriakides, Fourlas said that Cyprus is a country where transparency is required and “we need young people like you that will lead the way” to this end.

Head of the European Parliament Office in Cyprus, Andreas Kettis, said in his address that Kyriakides is a young active citizen, with a strategic way of thinking and a vision for Cyprus and Europe.

Moreover, he said that Kyriakides wants his country to play a prominent role in developments in Europe, as regards issues of transparency, good administration, accountability and the institutions democratic legitimacy.

Kettis expressed certainty that with young people as Kyriakides, Cyprus can have a bright future within the European family.

According to Kettis, Kyriakides and all those who have been awarded the European Citizen’s Prize 2022 in the other EU member states will be in Brussels in November to be honoured during an event that will take place at the European Parliament.