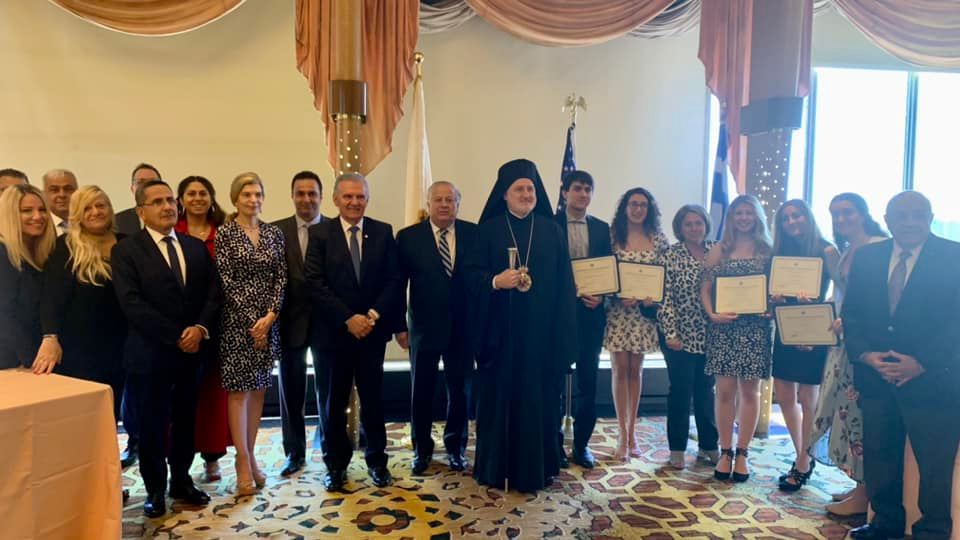 Another successful National Convention by the Federation of Cypriot American Organizations #fcao completed today! During this years Convention the FCAO awarded 10 scholarship awards to students of Hellenic descent with outstanding academic achievements at their field of studies.

On June 4, 2022, the  after a pause of two years due to the Covid pandemic.The FCAO National Convention was attended by more than 100 delegates and many dignitaries. Present at the convention were His Eminence Archbishop Elpidoforos of America, the Presidential Commissioner of Cyprus, Mr. Photis Photiou, the Permanent Representative of the Republic of Cyprus to the UN, Ambassador Andreas Hadjichrysanthou,  the Permanent Representative of Greece to the UN, Ambassador Maria Theofili, the Consul General of Greece in New York, Dr. Konstantinos Koutras, the Consul of Greece Dimitris Papageorgiou and the Consul General of the Republic of Cyprus, Michalis Firillas.

The FCAO Chapter members reported on their activities over the past two years and discussed their challenges and goals for the future. The President of the FCAO, Kyriacos Papastylianou, spoke on the importance of the Cypriot American community census, the newly established FCAO scholarship program, and the Cyprus Summer Hospitality Program that will take place this summer. He also spoke on the future objectives of the FCAO, including the importance of establishing a community center that will serve the needs of the community.

For this year’s convention, the Keynote Speaker was the Presidential Commissioner for Humanitarian Affairs and Overseas Cypriots, Mr. Photis Photiou. During his remarks, the Presidential Commissioner of Cyprus, Mr. Photis Photiou, conveyed the warm greetings of the President of the Republic of Cyprus, Mr. Nikos Anastasiadis, and the deep gratitude of the Cyprus Government for the ongoing support of the Cypriot American Diaspora. Mr. Photiou spoke on the national issue of Cyprus and discussed the national strategy for promoting the issues of overseas Cypriots.

During the National Convention, the FCAO presented the Scholarships of Academic Excellence. The newly established scholarship program of the FCAO awarded ten (10) scholarships of $2500 each to undergraduate college students of Hellenic descent to promote education. The scholarship awards of the FCAO are based on merit and recognize students who have demonstrated exemplary academic performance in all fields of study. The FCAO Scholarship Program is funded by the FCAO and generous donations from dedicated community members and supporters.

The elections of the FCAO took place during the afternoon session of the National Convention, and the newly elected Board of Directors for the 2022 – 2024 term is the following:

Congatulations to the newly elected FCAO Board of  Directors!