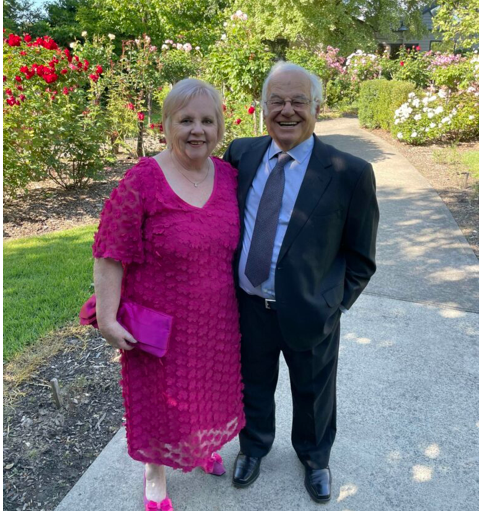 When Heather Theodoulou heard from a friend in Moulamein about the devastation wrought by flooding, she knew she had to act

Heather and David Theodoulou have been married for 53 years. Photo: Supplied

The town of Moulamein near the Victoria-NSW border has for the last month been battling to stay afloat as floodwaters spread from the engorged junction of the Edward River and Billabong Creek.

Residents have banded together to reinforce banks and build emergency levees so that they might save their properties from further damage. NSW SES issued their latest emergency area declaration on Tuesday after water levels peaked at 6.23 metres on 1 December.

With Christmas just around the corner, festivities are the last thing on locals’ minds as they struggle to keep waters at bay.

Heather Theodoulou’s husband David has been a frequent visitor of the besieged town over the border for more than 50 years. He visits several times a year to set up at his favourite campsite and unwind.

Every March, he and about 40 friends who grew up together in Fawkner all meet in the town for their annual reunion, it’s his “happy place.”

So, when the couple received a photo from a local friend showing the site they’d frequented for half a century completely inundated, their thoughts immediately went to those toughing it out in the most adverse conditions.

“With all they’re facing, the last thing these people need is to have to turn to their children on Christmas day and tell them, Santa’s not coming,” she told Neos Kosmos.

“People are doing it really tough up there, half the town’s evacuated, the waters receded but they’ve come back now. What about the children, and the teenagers. The people on the land who’ve lost their crops, they’ve lost everything.”

The denizens of Moulamein have been using a Facebook group to stay informed, and coordinate their efforts as they work tirelessly to preserve their homes. It was there that Heather put out a call so she might offer them some small relief.

“I want to help give your kids something from Santa,” the post reads “As you know he doesn’t wait so time is of the essence, if you have a child please let me know… together we can put a little joy into these kids’ lives.”

“I have a six-year-old grandson and he asked me ‘do you think the kids up there still have and love their teddies’… so sitting by and doing nothing wasn’t an option,” she says.

So far, she’s chalked up a list of 119 kids from four months to 17 years old, and she’s checking it twice. The couple’s spare room is packed to the gills with bags and boxes loaded with toys and prezzies they hope to drive up to Moulamein this weekend.

“I just want every child to have a present to wake up to on Christmas morning, that’s it, that’s all there is to it,” she stresses.

“If I could hope for an outcome from this, it’s that people might be a little more aware of their neighbours. Just to help one person… to keep that in their heart. We need to think about others a bit more, I didn’t save the world, I just want to make some kids happy.”

The couple’s spare room is filled to the brim with Christmas presents bound for the children of Moulamein. 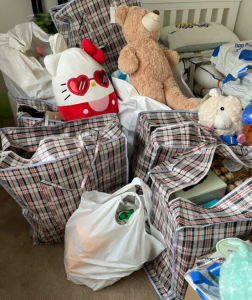