Cyprus talks: We have not yet found enough common ground, but I don’t give up, UN SG state 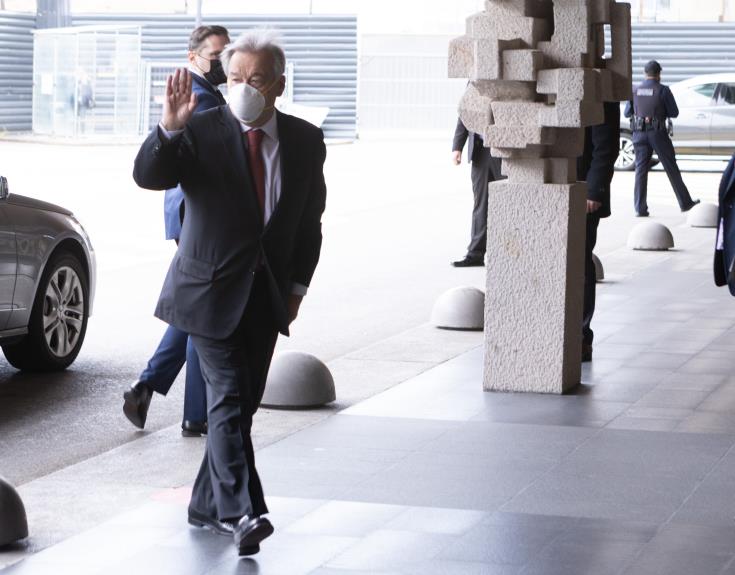 The truth is that in the end of our efforts we have not yet found enough common ground for the resumption of formal negotiations”, UN Secretary General Antonio Guterres has stated after today’s plenary session of the informal 5+1 meeting in Geneva on Cyprus.

Stressing that he does not give up, Guterres announced another 5+1 meeting in the near future, again with the objective to move in the direction of reaching common ground.

Speaking in a Press Conference, the UN SG referred to the positions of the two sides, the Greek Cypriot and the Turkish Cypriot side, as those positions were presented in the meeting.

“This was not an easy meeting. We conducted extensive consultations in the succession of bilateral meetings and plenary meetings in order to try to reach common ground”, he said.

“My agenda is very simple, to fight for the security and wellbeing of the Cypriots, the Greek Cypriots and the Turkish Cypriots. They deserve to live with peace and prosperity together”, Guterres pointed out.

Cyprus has been divided since 1974, when Turkey invaded and occupied its northern third. Repeated rounds of UN-led peace talks have so far failed to yield results