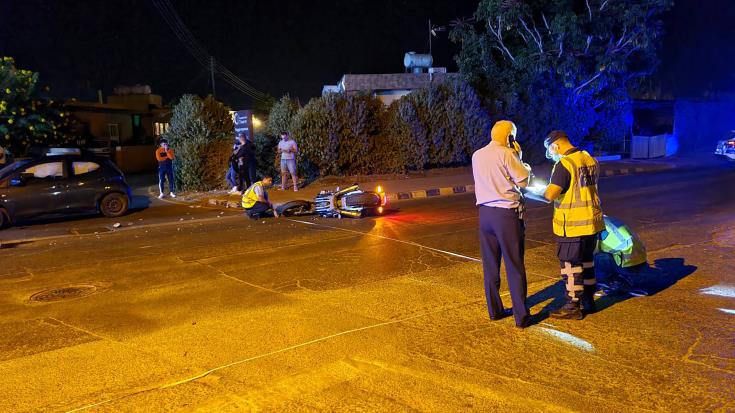 Iasonas Senekkis, Advisor on road safety to the Ministry of Justice and Public Order told the Cyprus News Agency that a total of
10,542 crashes were recorded by the Police and 15,173 people were injured. Of those, 5,950 suffered serious injuries, 9,223 were slightly injured whereas 5,687 crashes resulted in damage only.

2008 was the worse year in fatalities with a total of 82 and 2013 recorded the least death rate of the period with 44 deaths.
The figures show that in Nicosia 221 people were killed on the road and in Limassol 212.

The primary factors that lead to a fatal crash include driving under the influence of alcohol (26%), reckless driving (22%) and speeding (12%) to name the more serious.

Senekkis told the CNA that the factor recorded is the one that caused the crash and explained that the severity of the crash and the injuries are affected to a big degree by the speed of the vehicles involved.

He also said that there are other factors that exacerbate the crash which are also recorded and investigated. Recent studies by the ETSC (Εuropean Transport Safety Council), OECD ( Organization for Economic Co-operation and Development) as well as the conclusions of the Executive Seminar for Speed and Speed Management that took place last December show that speeding is a factor in 1/3 of the fatal crashes.

Senekkis said that in London a thorough study of the crashes occurred in 2019, by the Metropolitan Police, showed that speeding contributed to 50% of the fatal crashes.

He noted that statistics show that all these people who are lost on the road are not just mere numbers but humans with dreams and aspirations, families, jobs and loved ones. Senekkis noted that these numbers have names and stories behind them and we should realize this and comprehend it every time a news story comes up or a scene from a road crash.