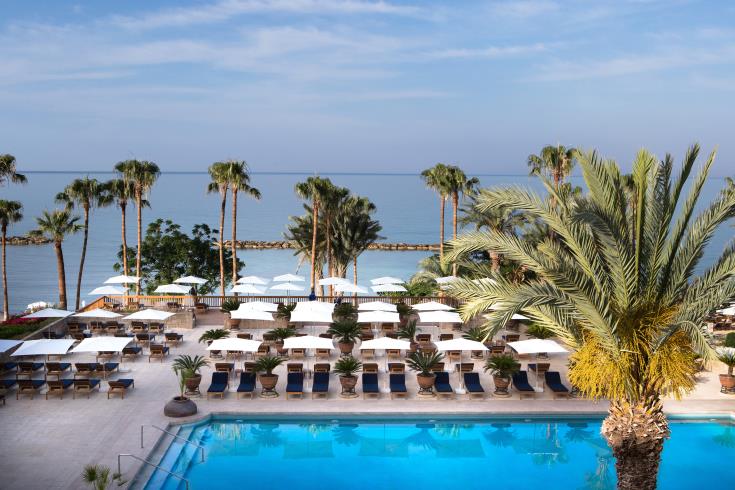 Cyprus Hoteliers express satisfaction over the Cabinet’s decision to further relax restrictions at place to restrain the pandemic in the island and allow Cypriots to stay in the hotels.

Cyprus Hoteliers Association Director General, Philokypros Roussounides, has said the introduction of the Coronapass for Cypriots who will choose to spend their vacation in hotels in Cyprus is a positive development, noting that this creates a secure environment in which the hotels industry can operate again. The Association of Cyprus Tourist Enterprises (Stek) in a written statement also says they are pleased that as of May 10, Cypriots will be allowed to stay in hotels.

In statements to CNA, Roussounides expressed optimism that the tourist industry, which is the major pillar of the economy, will open for business again.

He noted that the Association had suggested for some weeks now the opening of the hotels for Cypriots with a green pass, as has been the case in France as regards domestic tourism.

Roussounides said that there are only a few bookings for the time being, due to the restrictive measures and the lockdown, as well as the epidemiological situation.

“We hope that during the next weeks bookings will significantly increase as the epidemiological situation will improve and vaccinations will continue and that by the end of June-beginning of July we will be able to host a significant number of tourists from abroad,” he added.

Roussounides said that they expect bookings from traditional markets as the UK, Russia and Israel as well as from the Scandinavian countries, while Germany and Belgium are also among the markets from where tourists are expected.

Meanwhile the Association of Cyprus Tourist Enterprises said in a press release that the next weeks will be decisive as regards the tourist sector during the rest of 2021, adding that according to current indications tourist flows will be limited in May and June.

Moreover it expressed satisfaction that Cypriots will be able to stay in hotels as of May 10, even under certain preconditions in the beginning.

A so-called Coronapass for people to be allowed into hospitality venues, churches, gyms, shops and other places will be introduced in Cyprus as of Monday when the total lockdown ends.

The Coronapass entails either having a 72-hour-old negative PCR/rapid test for Covid or having received at least one dose of a vaccine three weeks earlier or having contracted the virus in the past six months.