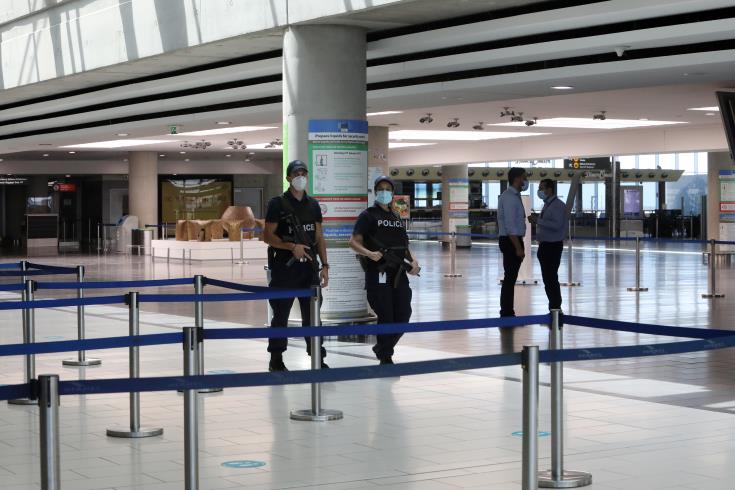 The Council of Ministers decided on Wednesday the resumption of flights and the reopening of airports with additional security measures.

A press release by the Ministry of Transport, says that the Cabinet  has proceeded to changes as regards  the Action Plan for the gradual resumption of flights and the reopening of airports, which will take effect on March 1, 2021.

In March, the evaluation of the following countries will be carried out by the Ministry of Health which will classify them in green, orange, red and gray. The countries are United Kingdom, Russia, Ukraine, Israel, Lebanon, UAE, Jordan, Saudi Arabia, Egypt, Belarus as well as the European Council list of third countries. Passengers of the countries classified in the gray category will need a special entry permit and in addition they will have to submit a PCR test within 72 hours before departure. Self isolation measures and quarantine will be applied in accordance with the instructions of the Ministry of Health.

From 1 April 2021,  third countries will be classified in categories green, orange or red according to the criteria of the European Center for Disease Prevention and Control (ECDC). In addition to the United Kingdom, Russia, Ukraine, Israel, Lebanon, the United Arab Emirates, Jordan, Saudi Arabia, Egypt and Belarus, the following countries Serbia, Qatar, Bahrain, United States of America, Armenia and Georgia will be added as third countries as from April 1st, 2021.  Any other country not included will be categorized in the grey category which requires a special permission.

The Ministry of Health will be announcing on a weekly basis the categorisation of countries.

In addition, the Council of Ministers decided to extend, until March 31, 2021, the 7-day self isolation measure in places that will be indicated by the Republic of Cyprus for those arriving from the United Kingdom.

It is noted that in the green category all passengers arriving to Cyprus from 1-31 of March will have to do a PCR test the cost of which will be covered by the Republic of Cyprus. As from April 1st, no restrictions will be applied.

The grey category needs a special permission. The procedure for granting a special permit to enter the Republic for third country nationals will be followed but Cypriot citizens, those legally residing in the Republic of Cyprus and European citizens are excluded from the obligation to have a special permit. Those arriving from countries in this category should remain in self isolation according to the instructions of the Ministry of Health.