Cypriot businessman purchases Horse Island off the coast of Ireland 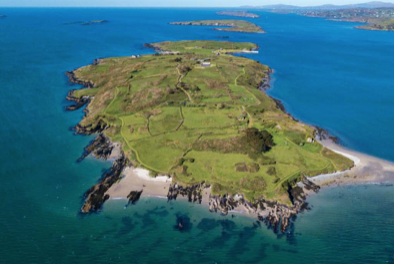 A little-known Cypriot businessman purchased Horse Island off the coast of west Cork last year, Land Registry filings show. John Renos, who has business interests in China and Germany, paid €5.5 million for the 157-acre island during the pandemic without seeing it. Instead he made do with a video tour.

Located in Roaring Water Bay, the island was sold by former banker Adrian Fitzgibbon and his wife Deborah. The Fitzgibbons had initially sought €6.75 million for the land, which includes seven houses, a pier and a helipad.

Renos previously owned the Château Bellefont-Belcier vineyard in Bordeaux, which produces about 65,000 bottles of Saint Émilion each year, but sold it in 2017.

Horse Island (Gaeilge: Oileán na gCapall) is a small inhabited island in Roaringwater Bay, County Cork, Ireland, off the coast of Schull, that forms part of Carbery’s Hundred Isles. No ferry service operates to and from the island; however, there is a pier, a heliport and a road on the island.

The island is privately owned and in 2018 was offered for sale for the price of €6,750,000.The property ultimately sold for a price of €5,500,000 to a European Ultra high-net-worth individual in July 2020. Due to the pandemic, the buyer was not allowed to tour the island but viewed a video tour about its amenities.

History
In the 19th century, a copper mine was operated on the 157 acre island by West Cork Mining Company, owned most recently by West Cork Mining Company, employing approximately 100 miners at one time. The mine started operating in 1820 and closed in 1874. At its peak in 1841, the island’s population was 137. The last permanent resident, Paddy McCarthy, left Horse Island in 1965. In his time, there were only five families on the island.

For some years, the island was owned by Gert Kölbel, a wealthy German (inventor of the Bullworker), who renovated a few of the buildings in the 1980s. It was sold to financier Adrian Fitzgibbon and wife Deborah in 2007. In less than a year, they turned a barn into the main house. By the time they listed it for sale in 2018, “The island has seven houses, including a six-bedroom main home, plus a pier, helipad, gym, tennis court … its own electricity, water and sewage systems” according to The Guardian. Another source added that the island also included “six guesthouses and guest cottages”, three diesel generators, wind turbines” and pipes to an underwater aquifer for drinking water.

In 2014, an attempt had been made by the Fitzgibbon family to set up an Irish whiskey distillery and visitor centre on the island, but planning permission was refused by An Bord Pleanála. The couple had also attempted to raise Wagyu cattle but that plan did not work successfully.The island still had a “main cattle shed, an implement shed [and a] workshop” as of 2019. 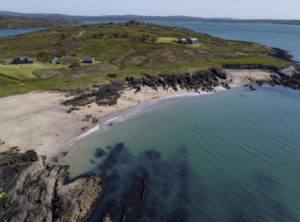 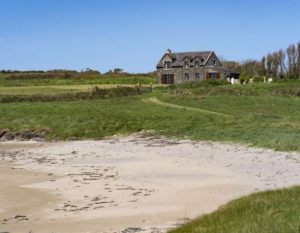 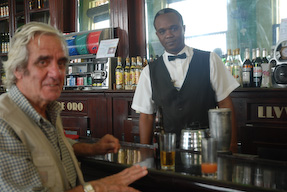 A UK Cypriot living in Cuba