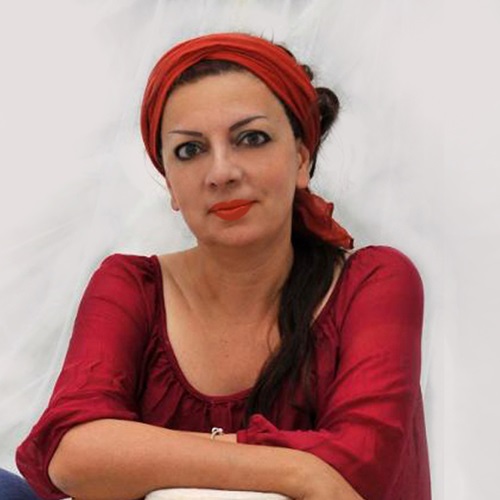 Klitsa Antoniou presents her visual proposal at the Porvoo Art Hall in Finland. The opening of the exhibition of the Cypriot artist will be held on September 29. The exhibition will last until October 23, a press release notes.

Klitsa Antoniou’s work, always drawing from archival material, delves into issues of space, confinement, personal and political borders, and censorship in order to provide an immersive, empathic, multisensorial and participatory experience. By concentrating on incarcerated spaces, the artist brings these heterotopic spaces to the Porvoo Art Hall to release their imaginative potential within the space of the gallery and its rich history.

It is further added that the multimedia exhibition uses sound, video and found material to marry the concept with the materiality of the installations.

Recordings of illegal and pirate stations in the installation Making Waves (2022) raise issues of political and personal censorship in an era of constant surveillance where the panopticon of the state has expanded its web to unprecedented dimensions.

Freedom of movement, surveillance and the artificiality of borders is explored in the installation No Photographs Should be Taken Beyond this Point (2020) and pose pertinent questions in relation not only to zones of armed conflict but, most importantly, to our everyday lives and the borders that are erected around us, the press release notes.

Something Exceedingly Strange is Happening this Year (Video Installation, 2020), uses the narration of Rosa Luxemburg’s prison letters and the mesmerising visuality of the video projection in an attempt to create affective empathy, inasmuch as it proposes to alert the viewer to Luxemburg’s emotions – her fear, her pain but also, importantly, her unyielding optimism.

Making Waves (multimedia installation, 2022), transforms the exhibition space into a ‘muted’ acoustic space. The three video screens bring to the visitor the image of sound, but the visitor has the choice to listen to the sound via the headphones.

No Photographs should be taken beyond this point (Multimedia installation, 2020), uproots from their original political context the found signs to display them in the gallery: the armed conflict in Cyprus that led to the division of the island in 1974 and the creation of a border that divides the island from East to West which is known in Cyprus as the Green Line. 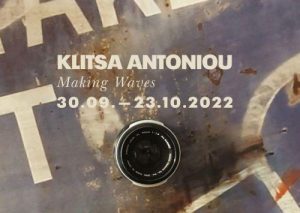