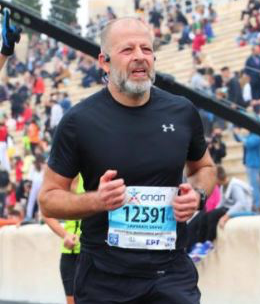 Savvakis was told by athletes  who have run the Athens marathon to add on at least half an hour to his time as the route from Marathon to the Olympic stadium in Athens was very hilly from the 10 km mark to the 31km mark,He surprised himself when he completed the run in 3 hours 32 minutes beating his London time earlier this year by 19 minutes.

Next year he has plans to run in the below marathons.

The first woman across the finish line was Greece’s Gloria-Tziovan Privilegio who was 26th overall with a time of 2:41.30.

The marathon returned after a two-year absence due to the COVID-19 pandemic with 2,555 participants from dozens of countries but without any of the top runners.

According to legend, the 42km route from Marathon to Athens was first run by Pheidippides, an Athenian messenger who in 490BC dashed to the city to announce victory over the Persians, before dying of exhaustion.
Run on a four-lane concrete avenue through the urban districts of east Athens with a finish at the all-marble Panathenaic Stadium, the site of the 1896 Olympics, the gruelling race is a challenge for runners as much of it is uphill.

In memory of his younger sister, Androula, London born Savvakis his Father and mother from Tripimeni and Pano Akourdaleia,Paphos respectively run the London 2021 marathon earlier on in the year . Devastatingly, at just 6 weeks old she passed away as a result of a neural tube defect. Androula was the youngest of four siblings.Savvaki said our family was left heart broken over her loss. Decades later, advances in care have led to the improved survivability of infants born with neural tube defects. Modern medicine has discovered that management over infant transition from hospital to home can be the difference between life and death for these children.

Androula was diagnosed with Spina Bifida, a disorder involving incomplete development of the brain and spinal cord. Children born with this condition are likely to develop serious neurological and physical disabilities and need continued support throughout their lives.

Over 100,000 children and young people are living with serious illness or exceptional health needs across the UK. I will be running the London Marathon for Well Child, a charity dedicated to supporting a family’s transition from the hospital to home. Many of these children spend months, even years in hospital because there is no support enabling them to leave.

If my sister had survived, she would have needed a significant degree of support in order to live at home. Well Child gives families this opportunity, having support and community resources help increase confidence in managing children with severe disabilities, enhance quality of life and assist in meeting the needs of all family members. With the correct emotional and physical support; equipment and treatments, these children are able to not only survive, but can go on to do some incredible things with their lives.

Any donations will be greatly appreciated and will make a significant impact to children living with such severe disabilities. Thank you for your support.

You can donate HERE 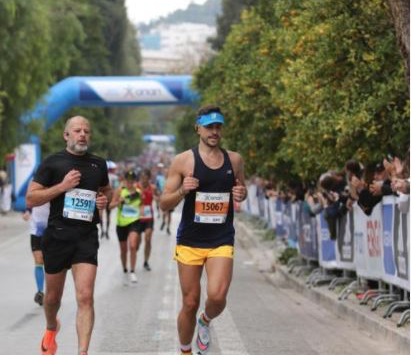 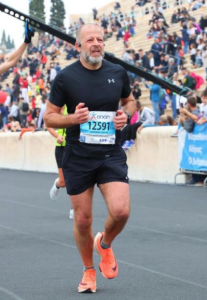 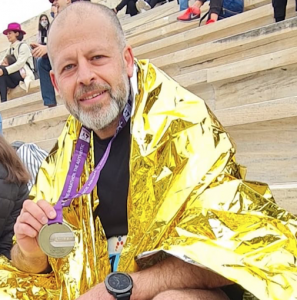