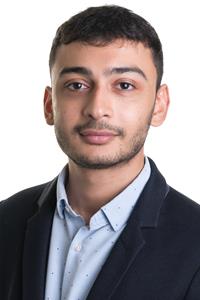 The Federal Board is the governing body of the Liberal Democrats. It is chaired by the party president, currently Mark Pack, and includes members of the party-at-large elected every three years in an all-member ballot, as well as representatives from the state parties, MPs, peers, MEPs, and councillors.[1] Until 2017 it was known as the Federal Executive. From November 2022, it will be re-constituted, with a Federal Council added to provide scrutiny.

The Liberal Democrats are a federal party of the parties of England, Scotland, and Wales. The English and Scottish parties are further split into regions. The parliamentary parties of the House of Commons, the House of Lords, the Scottish Parliament and the Senedd form semi-autonomous units within the party. The leaders in the House of Commons and the Scottish Parliament are the leaders of the federal party and the Scottish Party; the leaders in the other two chambers, and the officers of all parliamentary parties, are elected from their own number. Co-ordination of all party activities across all federated groups is undertaken through the Federal Board. Chaired by the party leader, its 30+ members includes representatives from each of the groups and democratically elected representatives.

The FB has 35 voting members: the Party President (who chairs it); the Leader and three other Parliamentarians; the chairs of the three state parties; the chairs of each of the Federal Committees including a vice-chair of the Federal Policy Committee; a councillor; a Young Liberals representative; three state party representatives; and 15 members directly elected by party members.

Anton was born in Brent his mother is from Komi Kebir in Cyprus , has lived here his whole life.

He has been campaigning in our community for a number of years and joined the Liberal Democrats after seeing the hard work being done by his then MP Sarah Teather and local Liberal Democrat councillors.

He stood for the GLA in 2016 to be a voice for young Londoners in our community who are being priced out of our city.

Anton Georgiou was elected as a liberal Democrat Councillor for Alperton ward in the London Borough of Brent and is the Leader of Liberal Democrat Group in Alperton.