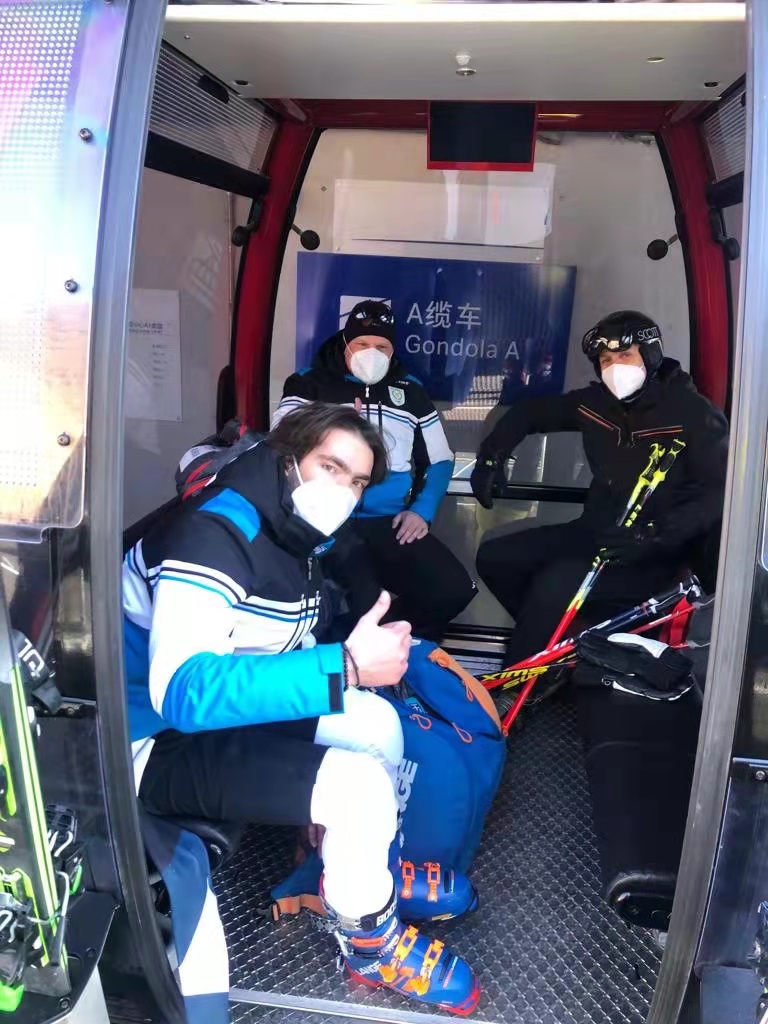 Alpine skier Yianno Kouyoumdjian, Cyprus’ only athlete competing in the 2022 Beijing Winter Olympics, did not bring a medal home but he said his participation in the Games was still a once-in-a-lifetime experience for him.

For Kouyoumdjian, a 25-year-old university student of business administration, taking part in the Olympics was a family tradition and a long-awaited dream. He competed in two slalom events.

On Feb. 13, he finished 42nd among 89 athletes in the giant slalom race, and three days later he logged a DNF -did not finish, as he slid off course in the men’s slalom run.

Though disappointed with these results, he said he was more than satisfied with his overall experience in Beijing.

“Representing my country in the Olympic Winter Games was one of my goals as an athlete. It was a dream come true,” he said.

“Being a winter athlete runs in the family. I am proud of this and wanted to carry on the tradition,” Kouyoumdjian said.

“I like this sport a lot…it makes me feel alive. The feeling of sliding down the hill on a pair of skis is something no words can describe. It is just amazing.”

Qualifying for the Winter Olympics was not an easy feat for a Cypriot. This eastern Mediterranean island is famous for its sunny beaches but is hardly a haven for skiers. Even its tallest mountain gets scant snowfall in the winter.

Kouyoumdjian started skiing back home at the age of three, but he had to get trained in other European countries and the United States when he became an international ski athlete a few years ago.

This has been tough, especially in the past year due to COVID-19, Kouyoumdjian said. “But we managed to do some good races and qualifiers to get a pass to Beijing.”

He said his stay in the Beijing Olympic Village was “unique and incredible,” as he had the opportunity to meet other athletes from around the world.

The spectacular opening ceremony in Beijing impressed him a lot, he said, adding that he felt very emotional when he led the five-member Cypriot team into the Bird’s Nest as the flag-bearer and heard the welcoming applause.

Asked about his future plans, Kouyoumdjian said he will now focus on the upcoming International Ski Federation (FIS) races with the aim of improving his overall global ranking