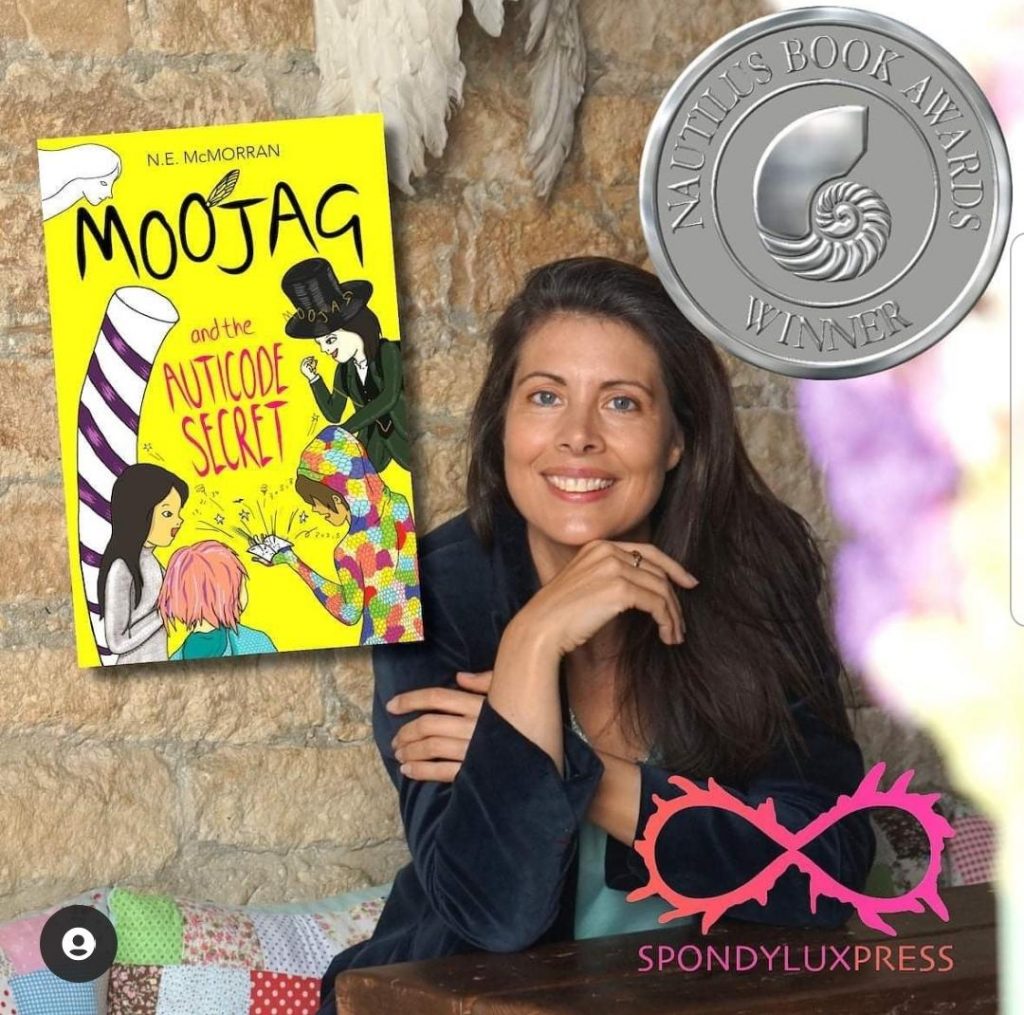 The Award winning, book is a quirky cli-fi fantasy adventure for readers 10 years and up. If Nema can’t uncover a lost boy’s true identity in time they may never escape the sticky world he designed… When Nema and her friends discover a hidden sugar-hooked society holding lost kids, they find their perfect world in danger. The strange, sticky place hides the truth about Nema’s missing brother, and a plot to destroy the free life she knows. But only they can reverse a code to prevent a rock candy robot invasion and rescue the captives. Fail and they might never make it back home…

Neme N.E. McMorran was born in London on the 6th of September 1974,her parents are from Kyrenia and comes from a creative, neurodiverse family of architects, artists and writers.

She studied art and design at Central St. Martins and Hertfordshire University. She also trained as a Montessori teacher and gained a post graduate in secondary education from the Institute of Education, UCL. Before moving to Cyprus in the early noughties, she worked at the BBC as picture researcher and photographer, and also taught in London schools.

In her 30s, Mcmorran founded AccessArts Publications Ltd to promote the Cyprus arts scene; independently publishing Cyprus’ first tri-lingual publication ARTERI, and later, KidCulture—an eco parenting and education magazine.
I
n 2007 she was invited as Cyprus delegate in the British Council’s ‘Creative Collaborations’, at The Space in Istanbul, and acted on the UNDP’s ‘Cyprus Art Competition’ advisory board. She later became involved in the 10:10 climate change campaign, screening ‘The Age of Stupid’ and organising KidCulture Expo – Cyprus’ first eco family festival.

In 2010 she was awarded as a finalist, with special mention, in the Cyprus National Business Woman of the Year Awards. She later returned to the UK with her son, to home educate, where she wrote the most part of her debut novel: ‘MOOJAG’ which went on to win the NAUTILUS BOOK AWARDS 2020.

In 2018, at the age of 43, she received her formal autism diagnosis from the National Autistic Society.
She attributes her achievements to her creative and autistic traits: persistence, imagination, mimicry, problem solving, empathy and sensitivity, intense focus and attention to detail.
She currently volunteers with the NAS and facilitates ‘Spondylux Press’ an inclusive publishing house which she founded in 2020, run by autistic professionals to produce neurodiverse, own-voice works, celebrating diversity and challenging negative stereotypes.

Nautilus is dedicated to excellence and the highest literary standards, the Nautilus Awards program encourages its winners in getting wider recognition, exhibiting opportunities, industry exposure and enhanced prospects for sales. 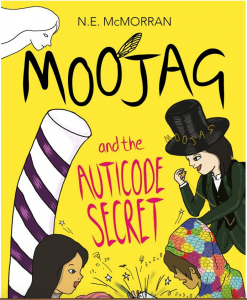