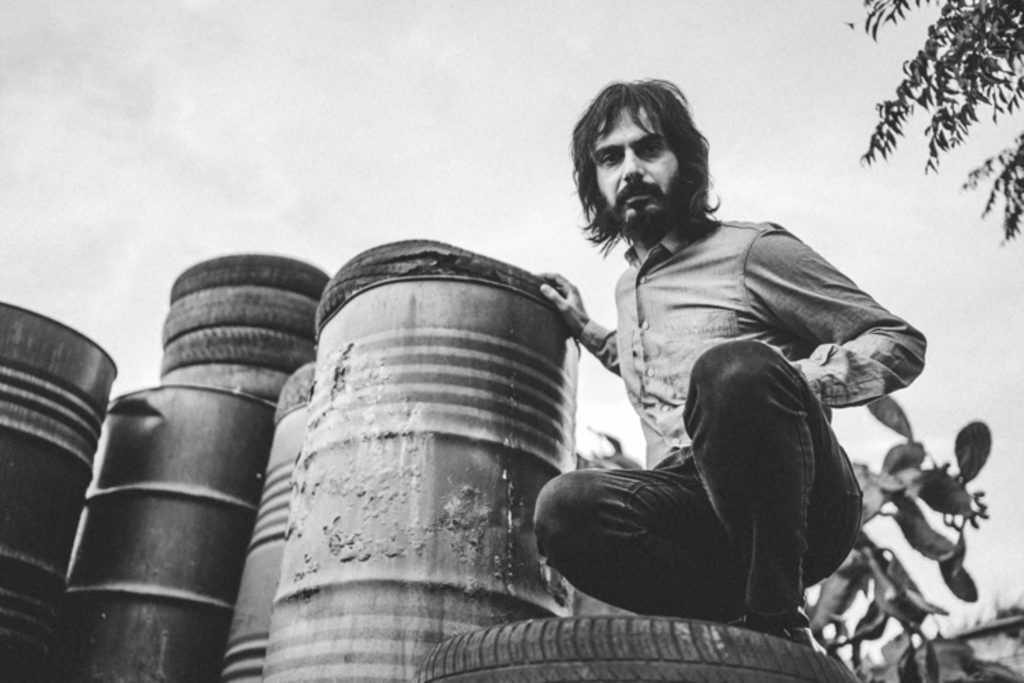 The album Throisma by Cypriot artist Antonis Antoniou is at the top of the World Music Charts Europe this month.

Cypriot musician, lyricist and composer Antonis Antoniou is the founder and the prime mover of the award-winning bands Monsieur Doumani and Trio Tekke.

In his native Greek-Cypriot tongue, Antonis combines soundscapes and qualities he has collected during the course of his exploratory musical journey: from classical music to jazz, rock, traditional, experimental and sound art.

On his debut album, Kkisméttin, Antonis used the Middle Eastern melodies of the lute that resonate with analog synthesizer glides and guitar riffs, pushing the boundaries and forming a distinct contemporary musical assortment.

The barrels that line the separated city of Nicosia across its buffer zone also appear in Kkisméttin. They have become musical instruments, providing the album’s rhythmic foundation, creating a rusty/grimy quality.

Kkisméttin was created during the unprecedented lockdown enforced in Cyprus as a measure against the spread of COVID-19. During the initial period of confinement that lasted two months, many people felt asphyxiated behind closed doors. For some, including Antonis, the imposed confinement also served as a reminder of the limitations to their freedom of movement and to other fundamental freedoms that have long existed in the divided island.

Antonis released his second album, Throisma, which translates as ‘rustling’, in September 2022. The lyrics are performed in the Cypriot dialect.